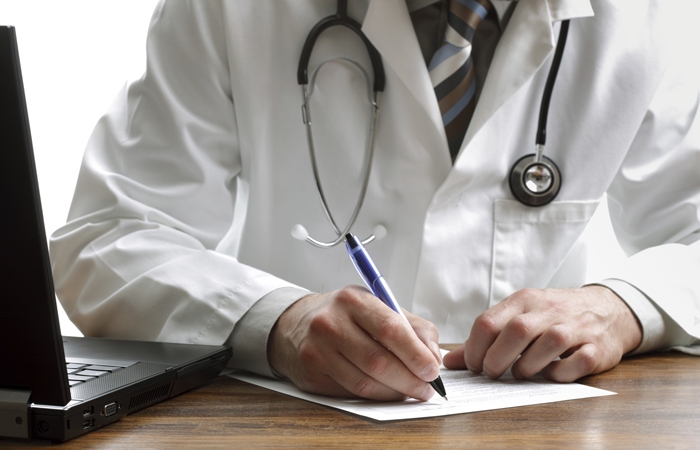 The American Academy of Neurology published recommendations for the care of people with limb-girdle muscular dystrophy and related disorders; MDA has endorsed the new guideline.

This month, the American Academy of Neurology (AAN) released an evidence-based guideline for the diagnosis and treatment of all forms of limb-girdle muscular dystrophy (LGMD) and some forms distal muscular dystrophy (DD) – a development that's expected to improve the quality of care in these disorders.

The guideline is based on a thorough review of medical literature by a panel of specialists convened by the AAN that included several MDA clinic directors. It was then endorsed by several organizations, including MDA, and published Oct. 14, 2014, in Neurology, the journal of the AAN.

The AAN guideline is provided without charge on the AAN website's Guidelines section as Evidence-Based Guideline Summary: Diagnosis and Treatment of Limb-Girdle and Distal Dystrophies. In the same section of the AAN site, see also the patient summary of the guideline and an Oct. 13, 2014, press release about it.

All LGMD, some DD forms addressed

The guideline pertains to the more than 20 different genetic subtypes of LGMD, all of which are characterized mainly by weakness of the "proximal" (close to the body's center) muscles of the arms and legs.

Also addressed are some forms of distal muscular dystrophy (DD), a form of muscular dystrophy characterized mainly by weakness of the "distal" (those far away from the body's center) muscles, in instances where the affected gene is the same for LGMD and DD.

It should also be noted that the guideline pertains to three disorders that are not always classified as LGMDs but that can be thought of as LGMD forms because they affect the proximal muscles. These disorders are Becker muscular dystrophy (BMD), Emery-Dreifuss muscular dystrophy (EDMD) and hereditary inclusion-body myopathy (hIBM). Duchenne muscular dystrophy (DMD), which primarily affects males, was not included in this guideline. However, the panel did include the condition that affects females who are "manifesting" (symptom-showing) carriers of DMD in the LGMD guideline.

Genetic diagnosis: The committee said that accurate diagnosis, including genetic diagnosis, of an LGMD subtype is important for predicting the course of the disease, the likelihood of cardiac or respiratory involvement, the avoidance of inappropriate treatments, and the efficient use of resources. The panel said physicians should narrow their choice of genetic tests to order based on the signs and symptoms of the patient and provides detailed flow charts to assist them in doing so. The recommendation was given a "level B" rating, which means the committee considered it something clinicians should do. (An "A" rating is an even stronger recommendation, while a "C" rating is a weaker one.)

Cardiac monitoring and treatment: The committee noted that many, although not all, subtypes of LGMD affect the heart. Types LGMD2A, LGMD2B and LGMD2L were noted as unlikely to affect the heart. The committee recommended that most newly diagnosed LGMD patients receive a cardiology evaluation, including an electrocardiogram and either an echocardiogram or a cardiac MRI and that further testing be conducted for those with abnormalities on these tests or symptoms of cardiac involvement (level B). The panel said it is not obligatory for patients with LGMD2A, LGMD2B or LGMD2L to receive a cardiac evaluation unless they develop signs or symptoms of cardiac involvement (level B). Treatment of abnormalities may include medications, device placement or surgery, depending on the problem.

Respiratory monitoring and treatment: The committee said that some forms of LGMD, particularly LGMD2I and myofibrillar myopathy, carry a high risk of respiratory muscle weakness, but that patients with LGMD2B and LGMD2L rarely have respiratory involvement. The signs and symptoms of respiratory muscle weakness may not be apparent in people with LGMD without careful testing or questioning. The committee recommended that pulmonary function testing be conducted on most LGMD patients at the time of diagnosis and in anyone with symptoms of respiratory weakness (level B). In patients with LGMD2I or myofibrillar myopathy, periodic pulmonary function testing should be conducted, and abnormalities should be treated (level B). Clinicians may skip pulmonary testing in patients with LGMD2B and LGMD2L who do not have symptoms (level C). A referral to a specialist for possible treatment with noninvasive ventilation was recommended for people with LGMD who have excessive daytime sleepiness or fatigue, frequently interrupted sleep, morning headaches, or respiratory insufficiency based on pulmonary function testing (level B).

Spinal monitoring and treatment: The panel said clinicians should monitor LGMD patients for the development of spinal curvatures (level B) and refer those with detected abnormalities to a spine surgeon for further monitoring and possible surgery (level B).

Nutritional support: The panel said that LGMD patients with difficulty swallowing or weight loss be referred for a swallowing evaluation or gastroenterology evaluation and possible treatment, such as advice on ways to alter food consistency, ways to swallow safely, and in some instances, placement of a feeding tube (level B).

Rehabilitation and assistive devices: The committee noted that the available data are not adequate to assess the effect of rehabilitation strategies like endurance or strength training, bracing, assistive devices or computer-based technology on LGMD but that the principles of long-term management emphasize maintaining functional independence for as long as possible and maximizing quality of life. In light of these goals, the panel said that patients should have periodic assessments by a physical therapist and an occupational therapist (level B), and clinicians should direct patients to physical and occupational therapy, as well as to bracing and assistive devices, when indicated, to preserve mobility and function and prevent frozen joints (level B).

Exercise: The committee said that the evidence for the effectiveness of strategies like strength and aerobic training in muscular dystrophies is limited but that it suggests that people with LGMD would benefit from these training programs. It also noted that there is some risk of exercise-induced muscle damage and weakness if high-intensity exercise is undertaken. The panel said that clinicians may advise patients with LGMD that aerobic exercise combined with a supervised and moderate strength training program are probably safe (level C). They may tell patients that gentle, low-impact, aerobic exercise, such as swimming and stationary bicycling, improves cardiovascular health, increases muscle efficiency and lessens fatigue (level C). They may counsel patients to hydrate adequately, not to exercise to exhaustion, and to avoid high-intensity exercise (level C). Patients should be warned of the signs of overwork weakness and muscle damage, which include feeling weaker rather than stronger within 30 minutes after exercise; excessive muscle soreness 24 to 48 hours following exercise; severe muscle cramping; heaviness in the arms and legs; and prolonged shortness of breath (level B).

Multidisciplinary clinic referrals: The committee said that clinicians should refer patients with LGMD to a clinic that has access to multiple specialties, such as physical therapy, occupational therapy, respiratory therapy, speech and swallowing therapy, cardiology, pulmonology orthopedics and genetics and is designed specifically to care for people with muscular dystrophy and other neuromuscular disorders (level B).

Experimental medical treatments: The panel said that doctors should not offer patients gene therapy, myoblast transplantation, antibodies to the myostatin protein, or growth hormone in any setting other than as part of a research study. The committee assigned this a "level R" rating, meaning its usage is in research only.

Decision making: Physicians should assist with patient and family decision making in relation to loss of mobility, the need for assistance with activities of daily living, medical complications, and end-of-life care as the disease progresses (level B).

To learn more, see the following: