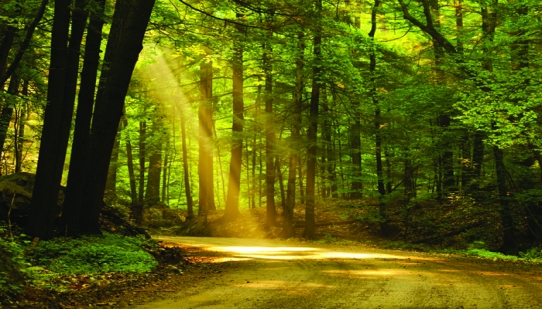 Recent research reveals that LGMD is a forest with many trees

Say “limb-girdle muscular dystrophy” to most people, and you’ll get a questioning look. They may wonder what kind of girdle is being talked about and how limbs fit into the picture.

The name actually comes from an anatomical term describing the supporting structures of the shoulders and hips, including bones and muscles. Limb-girdle muscular dystrophy (LGMD) is a genetic disorder in which the muscles surrounding the hips and shoulders degenerate.

For many decades, LGMD was an amorphous term that described a type of muscular dystrophy that affected these muscles (and sometimes others as well) in both males and females, varied widely in severity and age of onset, and could be inherited in a dominant or recessive pattern. (Dominant genetic diseases require only one gene flaw for symptoms to occur; recessive diseases require two gene flaws — usually one from each parent — for symptoms to occur.)

Then, in the 1990s, researchers — many of whom received MDA support — began to describe the molecular underpinnings of LGMD.

Some 33 subtypes of LGMD are now recognized, all due to various genetic mutations that affect aspects of muscle function. Some also affect cardiac (heart) muscle.

Some subtypes of LGMD result from insufficient function of a protein in the extracellular matrix — the substance in which each muscle fiber is embedded. This protein, known as alpha-dystroglycan, must not only be structurally sound but must also undergo a specific type of sugar-coating, or glycosylation, to carry out its key role in connecting the muscle fiber to its surroundings.

Several of the genes that, when flawed, cause inadequate glycosylation of alpha-dystroglycan also can give rise to congenital muscular dystrophy (CMD), which has a very early onset (near birth) and can be quite severe. (See Taking Aim at Congenital Muscular Dystrophies.)

Why some people develop CMD and others LGMD when they have mutations in the same gene is not entirely clear. The differences may be due to the precise locations of the mutations, but other factors also could be involved.

But, why does it matter what kind of LGMD you have? And what does all this knowledge gained in the past 20 years or so do for you?

For one thing, it’s allowed researchers to identify exactly which genes and proteins are affected and begin to devise strategies to replace missing functions or counteract toxic ones.

It’s also allowed families to get a more precise diagnosis and a better idea of the usual course of their disease, including what problems they’re likely or unlikely to develop and what precautions they should take. And it’s given people with LGMD the opportunity to participate in type-specific support groups, registries and studies.