MMD Research: Seeking to Free Proteins from a ‘Toxic Web’ 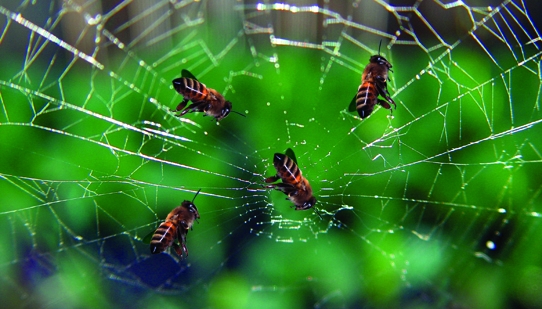 The complex and multifaceted disease known as myotonic muscular dystrophy (MMD) — also known as dystrophia myotonia (DM) — was the subject of an In Focus report in the April-June 2012 Quest.

Here, we delve into experimental strategies that may markedly improve the outlook for people with this disorder. 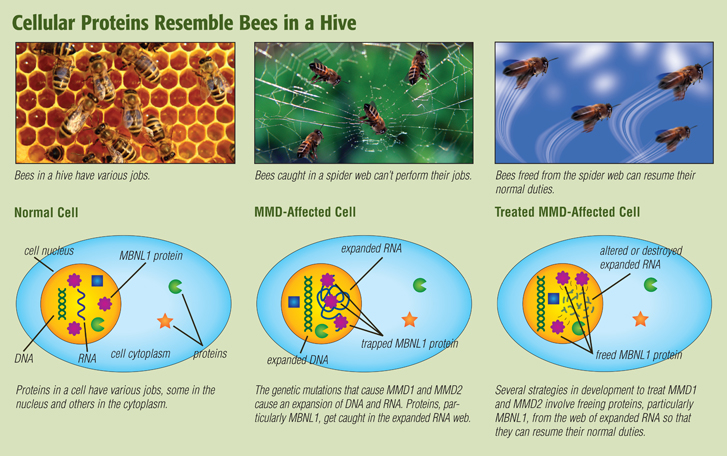 Expanded DNA leads to the creation of expanded and toxic RNA, which causes problems for cells mainly because it traps and disables important proteins. (The expanded RNA has other effects as well, and these differ between the two types of MMD.)

Therefore, an important goal in MMD research is to free cellular proteins — particularly one called muscleblind 1 or MBNL1 — from their RNA web. Different researchers are approaching this goal with slightly different strategies.

Thomas Cooper at Baylor College of Medicine in Houston is using molecules called antisense oligonucleotides to attract an enzyme that destroys toxic RNA and frees proteins such as muscleblind 1 (MBNL1).

And, Charles Thornton is using both antisense oligonucleotides and small molecules to either destroy toxic RNA or separate it from cellular proteins.