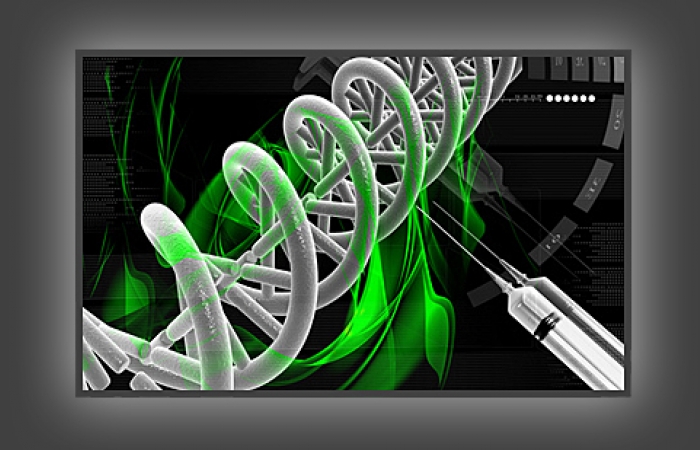 Newborn mice that received the treatment demonstrated near-normal motor function (movement) and brain-to-muscle signaling, as well as a dramatic increase in length of survival, with most living upwards of 250 days as compared to untreated mice, which had an average life span of 15 days. (None of the treated animals have succumbed to SMA so far.)

The earlier the therapy was administered, the better the result.  No effect was seen from gene therapy treatment given to SMA-affected mice at 10 days of age.

"We are quite excited about these results, as it's the first report of post-natal therapy that results in such a tremendous extension of life span in the severe mouse model of SMA," said study team member Brian Kaspar, a research scientist at Nationwide Children's Hospital and Ohio State University, in Columbus, Ohio, and an MDA grantee for related gene therapy work. "We have animals living past 250 days of age, which is remarkable, as no other therapy has ever achieved such an extension in survival."

This study utilized three approaches that all had shown success individually, but had not been previously combined. These approaches were insertion of the SMN gene, the use of an AAV9 viral transporter and intravenous delivery of the gene and transporter to the central nervous system.

The genes SMN1 and SMN2, located on chromosome 5, carry instructions for production of the necessary "survival of motor neurons" (SMN) protein that’s deficient in SMA.

The researchers packaged genetic instructions for SMN in the shell of a virus called type 9 adeno-associated virus, or AAV9. The virus was emptied of all its own genes, rendering it unable to replicate, and injected into the veins of SMA-affected mice which were between 1 to 10 days old.

"Simply put, we are driving the gene into the cells," said Kaspar.

Motor function in the SMN-treated mice was maintained, with measurements taken at 18 days of age demonstrating that their physical abilities matched those of mice without the disease. At 90 days, normal nerve-to-muscle connections were observed in these mice as well. Untreated SMA mice were unavailable for comparison at this age as a result of their short life spans.

To determine whether age affected the response to the therapy, investigators treated groups of SMA-affected mice at ages 2 days, 5 days and 10 days, and evaluated effects on body weight and survival. Mice that received injections at 2 days old demonstrated rescued motor and nerve function, and survival. Those injected at 5 days old demonstrated far less significant gains, surviving to an average of 15 days; and mice treated at 10 days old received no benefit.

The results indicate that a "window of opportunity" exists during early life in which intravenous injection of AAV9 containing the SMN gene can have optimum therapeutic benefit.

The study results suggest "two critical points," said study team member Arthur Burghes at Ohio State University. "First, SMA is not a disorder of early [prenatal] development; therefore, SMN correction can have an effect when delivered after birth in these mice. Secondly, the connection of nerve to muscle is corrected and functions in a normal manner."

(The SMA-affected mice used in the study were developed at Burghes' lab.)

To help move the treatment toward clinical testing in humans, the investigators tested the ability of the AAV9 viral transporter to reach the spinal cord in a nonhuman primate that did not have a form of SMA.

They inserted the gene for green fluorescent protein (GFP), commonly used to gauge the ability of a transport method to deliver a gene to its target, into the AAV9 delivery vehicle and administered it to a macaque monkey via intravenous injection. Analysis after 15 days revealed extensive GFP activity in the spinal cord, indicating successful systemic delivery.

Kaspar noted the team is also working to establish the safety of this particular gene therapy approach by administering the therapy to rodents and other larger species. Information obtained from these studies will be "crucial" evidence when it comes to convincing the U.S. Food and Drug Administration (FDA) to approve the treatment for clinical testing in humans, he said.

"We have assembled a clinical working group and are pursuing these studies to determine safety, dosage and window of opportunity as we plan the first clinical trials," said study team member Kevin Foust, a research scientist also at Nationwide Children's.

"We are also working to develop an improved virus that is capable of targeting motor neurons in older mice and nonhuman primates in order to extend [the potential therapy] to older patients."

Clinical trials in humans will be necessary before the U.S. Food and Drug Administration (FDA) can consider this technique as a treatment for SMA patients. The positive results from testing in the monkey should help pave the way for such trials, as that animal's genetic similarities to humans indicate an increased likelihood that the delivery method may work in humans.

An important factor researchers will need to consider in refining this type of treatment for humans is the possibility of rejection by the immune system, which sometimes is a problem when a missing protein is replaced. People with SMA produce some SMN protein, so the immune system will have encountered it before and is likely to accept it without a fight. It's unknown, however, whether the body will mount an immunological response to the AAV9 viral vehicle used to deliver the SMN gene.

The very early “window of opportunity” for achieving results puts an increased emphasis on newborn screening to facilitate early detection of the disease. A test for this purpose exists, but the cost is high and it is not routinely given to newborns.

Although MDA did not fund this specific project, Kaspar received MDA funding in the past for a study that showed AAV9 efficiently targets cells in the central nervous system, including motor neurons.

In addition, Burghes noted that past MDA funding "was instrumental in creating the SMA mice that were used for testing this promising new therapy." Burghes currently holds an MDA grant for work in SMA research.

For more on the molecular mechanisms of SMA, see In Focus: Spinal Muscular Atrophy.