Viagra May be Heart Helper in DMD 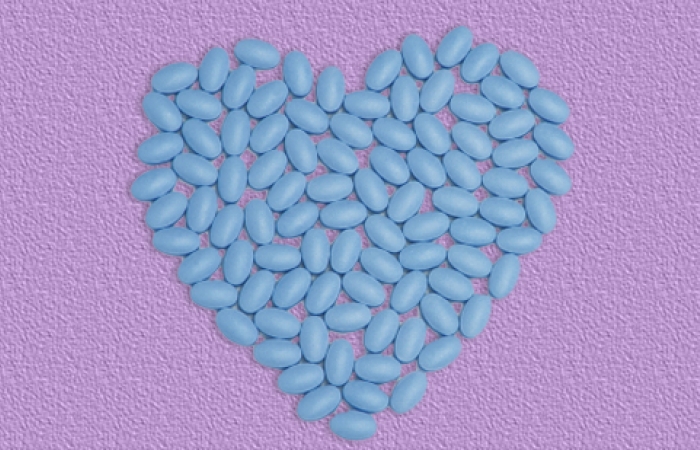 Results from a recent study have shown that treatment with the drug sildenafil (brand name Viagra) conferred both long-term protection against cardiac (heart) dysfunction in younger mice, and rapid reversal of heart damage in aged mice with a disease resembling Duchenne muscular dystrophy (DMD).

Cardiac disease in individuals with DMD or Becker muscular dystrophy (BMD) manifests most often as cardiomyopathy (heart-muscle weakness) or as an irregular heartbeat known as cardiac arrhythmia. The condition, often developing in childhood and the early teens in individuals with BMD or DMD, can result in congestive heart failure.

Sildenafil belongs to a class of drugs called phosphodiesterase 5 (PDE5) inhibitors. These drugs relax the smooth muscles that line blood vessels, an effect that is thought to improve blood flow to skeletal muscles and the heart. The medication is approved by the U.S. Food and Drug Administration (FDA), under the brand name Viagra, for short-term use in treating male erectile dysfunction. Under another name, Revatio, it's FDA-approved for long-term treatment of high blood pressure in the vessels carrying blood to the lungs, a condition known as pulmonary arterial hypertension.

The researchers identified "an apparent strong therapeutic effect" of sildenafil on heart function in mice with a DMD-like disease, and suggested that PDE inhibitors may fill an important role as part of combination therapies designed to treat symptoms of DMD and possibly BMD.

The researchers analyzed three different sildenafil treatment regimens, all of which involved oral administration of the PDE5 inhibitor via the animals' drinking water. Treatment regimens were conducted in mdx mice (a research mouse model with a DMD-like disease) and included:

Mice that began receiving treatment at one month of age exhibited nearly normal heart function and performance as they aged, an indication that sildenafil prevented the development of the cardiomyopathy typically seen in the mdx mouse model.

In 12-month-old mice with established cardiomyopathy, initiation of sildenafil treatments improved several parameters of heart function and performance by age 15 months. This indicates that the drug, in addition to reducing the onset and progression of cardiac dysfunction, can also reverse cardiac damage within three months of treatment initiation.

In an additional study designed to establish the time required for sildenafil treatment to reverse established cardiac dysfunction, the investigators monitored heart function and structure in a subset of the 12-month-old mice with established cardiac dysfunction. Baseline measurements were taken prior to administration of a two-week sildenafil regimen, and multiple measurements were recorded during and after the drug course. Analysis showed that significant improvement occurred within three days of initiation of sildenafil treatment, an effect that was sustained for three months.

In yet another study, the investigators found that in two groups of 12-month-old DMD mice – one that received sildenafil treatment, and one that did not – the heart walls were thicker (a condition called cardiac hypertrophy) in the untreated mice than in those treated with sildenafil.

Similar studies: past and present

This most recent study is not the first to test the effects of PDE5 inhibitors in DMD.

A study team with members in the United States and Canada published results online May 12, 2008, in the journal Proceedings of the National Academy of Sciences, showing that treatment with sildenafil can both slow the progression of, and reverse some cardiac damage in, a mouse model of DMD.

In another 2008 study, researchers including MDA grantee Erik Rader at the University of Iowa, in Iowa City, found that mice treated with a PDE5 inhibitor to enhance the blood-vessel relaxation signal experienced less exercise-induced fatigue than their untreated counterparts. (See Research Updates: Blood-vessel narrowing implicated in exercise fatigue.)

Most recently, on October 12, 2010, the Kennedy Krieger Institute, in collaboration with the Division of Cardiology at the Johns Hopkins University School of Medicine, both in Baltimore, launched a phase 2 clinical trial designed to determine whether Revatio improves cardiac function in individuals with DMD. (For more information, see study details at ClinicalTrials.gov.

Meaning for people with BMD/DMD

The results from these studies suggest that PDE5 inhibitors like sildenafil and tadalafil may be effective treatments for DMD- and BMD-associated cardiomyopathy, both in the early and late stages of the diseases.

More testing will be needed, however, to determine the precise way in which these drugs impart cardioprotective effects.

Although PDE5 inhibitors ultimately will not cure DMD, current studies suggest the possibility that they may be used in combination with other current or future therapies, say the study authors, noting that "targeting skeletal muscle repair without cardiac treatment exacerbates damage to the heart, emphasizing the importance for a cardiac-specific treatment."

Because PDE5 inhibitors already have been FDA-approved for use in humans, the testing and approval process for their use as a treatment in muscular dystrophy potentially may be shorter than for an experimental treatment.