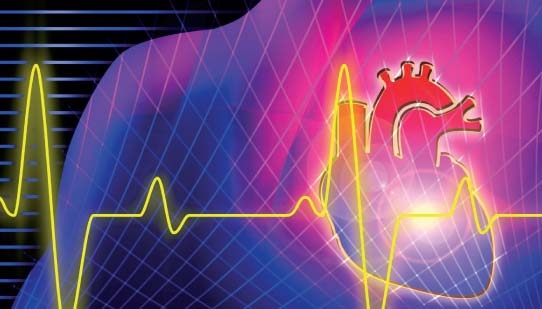 R. Mark Payne, M.D., professor of pediatrics at Riley Heart Research Center, Indiana University, is a pediatric cardiologist whose medical specialty is intervention in children with heart disease, and who conducts research on heart disease due to mitochondrial defects.

In Friedreich’s ataxia (FA), heart problems are related to a deficiency of the frataxin protein, which is normally located in the mitochondria.

Q: Are the cardiac problems in FA somewhat under-recognized?

A: Yes. Almost all the publications on this disease are on the neurologic impact, but the heart disease is what kills people. Unfortunately, it sometimes doesn’t get much attention until the patients are in severe heart failure. [Heart “failure” means the heart can’t pump sufficient blood to sustain normal body functions. It doesn’t mean sudden cardiac arrest.]

Typically in Friedreich’s ataxia, a child who’s been athletic, running and playing, begins to become more clumsy or lose his or her coordination. The parents eventually become alarmed and ultimately take the child to a neurologist, who may or may not refer them to a cardiologist, because it isn’t always known that the heart is involved.

In reality, any patient who has a diagnosis of Friedreich’s ataxia who hasn’t seen a cardiologist needs to get to one pretty quick.

Q: What kind of cardiomyopathy [heart muscle abnormality] do you see in FA?

Patients typically get a Friedreich’s ataxia diagnosis between the ages of 10 and 18. At that time, they frequently have a thick heart that functions fine. Then, over time, that thick heart begins to function worse and worse. In about 10 to 15 years, they can develop severe heart failure from this.

Q: What are the heart symptoms that patients experience?

A: They may have irregular heart rhythms, which they can feel as palpitations, as the heart beats faster or is irregular. It’s not really painful, but it can be uncomfortable and alarming. They may have shortness of breath and difficulty breathing when lying down, so they may feel the need to be propped up when they’re in bed. They may have swelling of their hands and feet, primarily their feet, as the circulation becomes sluggish.

Q: What’s going on in the FA-affected heart?

A: A particular thing about these hearts is that, over time, they maintain good systolic function [contraction of the heart muscle]. That means their ability to pump blood out seems to be OK — but because their hearts are thick, their ability to relax and accept blood to fill them is not OK.

They develop what’s called diastolic dysfunction [the resting phase of the cardiac cycle, between contractions of the heart muscle]. As a result, they lose the ability to adapt to the demands of exercise or increased blood volume.

The FA-affected hypertrophic heart adapts to increased demands by beating faster. That’s the only way it can adapt, since it can’t increase its capacity to accept more blood with each cardiac cycle.

If the heart keeps having to beat faster to meet various demands, that can lead to a second problem, which is an irregular heart rhythm, or arrhythmia.

Q: How are these problems treated?

A: For mitochondrial cardiomyopathies, including Friedreich’s, we may not have a cure, but we have multiple drugs that seem to help prolong life and maintain some function, when used in combination.

One concern I have is that many FA patients get put on beta blockers [drugs that decrease the force and rate of heart contractions], because that’s standard therapy for hypertrophic cardiomyopathy. There are no clinical trials examining the use of beta blockers in Friedreich’s ataxia.

The average person with non-Friedreich’s ataxia hypertrophic cardiomyopathy may have a higher-than-average heart rate, but they don’t have to increase their heart rate that much.

However, if the heart has to speed up to accommodate the fact that it can’t fill with blood, such as in Friedreich’s ataxia, then if you slow it down with a beta blocker, the cardiac output drops and these patients will have problems. They feel bad and don’t have any energy.

So, I would urge cardiologists not to reach for the beta blockers as a first-line therapy for these hearts. Instead, one of the things they may want to consider is lowering blood pressure without hurting heart performance.

That can be done with drugs called ACE inhibitors, like captopril or enalopril, which make the heart’s work easier by dilating blood vessels and lowering the pressure against which the heart has to push to pump the blood out.

Some patients will be put on digoxin [a drug that increases contractile force], which may make the heart perform a little better. Digoxin also helps control arrhythmias.

Other anti-arrhythmic drugs cardiologists might use include amiodarone or flecainide. You have to treat the specific type of arrhythmia.

Q: There’s been some evidence that idebenone, an antioxidant, may help the FA-affected heart. Can you comment on that?

A: Yes. Small studies showed that it helped thin the heart walls by a small amount, with minimal, if any, improvement in cardiac function.

That’s not to say that idebenone is the wrong way to go. Idebenone for a lifetime may be very effective at maintaining heart function. We don’t know until these clinical trials are conducted.

But as a cure, idebenone is not it.

Q: What should people with FA do about their heart problems?

They can actually further our understanding of their disease by participating in a study. Doing so may be as simple as allowing their doctor to send their medical records to someone else to analyze.