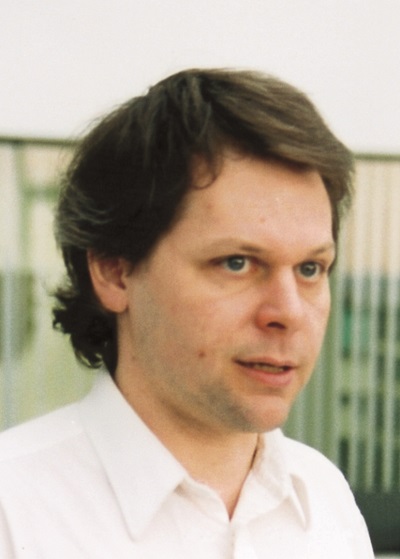 Exon skipping as a strategy for treating DMD is simultaneously under development in human subjects. Estimates are that 80 percent to 90 percent of boys with DMD could potentially benefit from it. (Note: no single exon skipping drug will treat all mutations; compounds will be exon-specific.)

The investigators, who were supported in part by MDA, showed intravenous injections of a “cocktail” of laboratory-developed compounds coaxed the muscle fibers of three DMD-affected dogs to produce functional dystrophin protein, the absence of which causes the disease.

“Many efforts have focused on treating dogs with muscular dystrophy, as it is widely expected that what works in the dogs will work in humans,” said Eric Hoffman, professor of pediatrics at Children’s National Medical Center and an MDA grantee.

Exon skipping is a strategy that hides the error-containing exons (regions of a gene) from the cell’s “view” in such a way that they’re skipped over, and the remaining, correct instructions surrounding the region are spliced together. The spliced instructions allow for production of nearly normal, functional muscle protein that’s free of genetic errors.

Two clinical trials, one in the Netherlands and the other in the United Kingdom, recently have shown that intramuscular injection of either of two exon-skipping compounds appears safe in boys with DMD and that it can lead to production of dystrophin. (See “AVI BioPharma” section.) These trials, which used compounds developed with MDA support, provide “proof of principle” for the strategy, but they only targeted a single muscle and weren’t designed to show functional benefit.

In contrast, the DMD dog experiments delivered exon-skipping compounds systemically, via intravenous injections, resulting in body-wide production of significant levels of dystrophin and improvement in the dogs’ functional abilities.

In addition, the human trials targeted only one exon, while the dog experiments targeted two consecutive exons.

In the experiments, for which results were published March 16, 2009, in Annals of Neurology, three dystrophin-deficient beagles each were given intravenous injections of a cocktail of exon-skipping compounds either weekly or every other week.

All three showed new dystrophin production in all examined muscles, although the degree of production varied. The average dystrophin protein production level was greatest in the dog given seven weekly doses of 200 milligrams per kilogram of the exon-skipping cocktail, causing dystrophin levels to rise from zero to 26 percent of normal.

Functional improvement was assessed by a 15-minute timed running test and by a combined functional score. All dogs that received the exon-skipping compounds ran faster after the treatment, while their untreated littermates became slower over the same period of time.

Scientists also saw marked improvements in the microscopic appearance of the muscle tissue in the treated dogs, as well as other measures of muscle health.

MDA grantee James Ervasti and colleagues at the University of Minnesota-Twin Cities in Minneapolis have found that the muscle protein utrophin conferred significant benefits when injected into mice lacking the dystrophin protein and showing a disease resembling Duchenne muscular dystrophy (DMD).

Dystrophin is the muscle protein missing in people with DMD and partially absent in those with Becker muscular dystrophy (BMD). The utrophin protein is very similar to dystrophin and is thought to partially compensate for dystrophin’s absence.

Utrophin therapies have been explored in dystrophin-deficient mice as a strategy to treat DMD or BMD for several years, and they’ve shown promise. Until now, most of the experiments have involved either transferring extra utrophin genes (gene therapy) into the mice or boosting production of utrophin from their existing utrophin genes (gene upregulation). Both those strategies are viable and continue to be the subject of experimentation.

However, the experiments Ervasti and colleagues described online May 26, 2009, in PLoS Medicine, are the first to show benefit from the direct injection of utrophin protein (protein therapy) into DMD mice.

The TAT-micro-utrophin penetrated all the tissues the researchers examined. In addition, it aligned itself with the muscle-fiber membrane as part of a cluster of proteins in the way dystrophin normally would. Loss of the integrity of this cluster, and therefore of the muscle-fiber membrane itself, is a hallmark of DMD and to a lesser extent of BMD.

When compared with untreated mice, the mice that received utrophin protein injections had lower levels of a muscle enzyme called creatine kinase (CK) in their blood, which told the researchers that the muscle fibers in the treated mice were more intact and prevented CK leakage out into the bloodstream. The treated mice also showed fewer cellular signs of muscle degeneration than did their untreated counterparts, as well as better force production by the muscles and less susceptibility to contraction-related drops in force.

Scientists in France and the Netherlands recently announced they’ve identified a promising new strategy that could potentially become a therapy for oculopharyngeal muscular dystrophy (OPMD), a form of MD that primarily weakens the eyelid and throat muscles and also can affect limb muscles.

The strategy involves using an immune-system protein (antibody) derived from llamas that sticks to abnormally formed protein molecules in muscle cells and keeps them from forming large, damaging clumps.

The experiments were conducted in fruit flies with the same genetic defect that causes human OPMD. The flies cannot hold their wings in a normal position.

Llamas and related animals, such as camels and alpacas, produce single-chain antibodies, which are not found in humans, whose immune systems make antibodies that consist of two chains.

After testing several llama intrabodies by introducing the DNA for them into the muscle cells of the fruit flies, the researchers chose one, dubbed 3F5, as the most effective in allowing the flies to assume their normal wing posture. They found the 3F5 intrabody didn’t reduce the number of protein-containing clumps in the nucleus, but it markedly reduced the size of each clump, presumably reducing its toxicity to the cell.