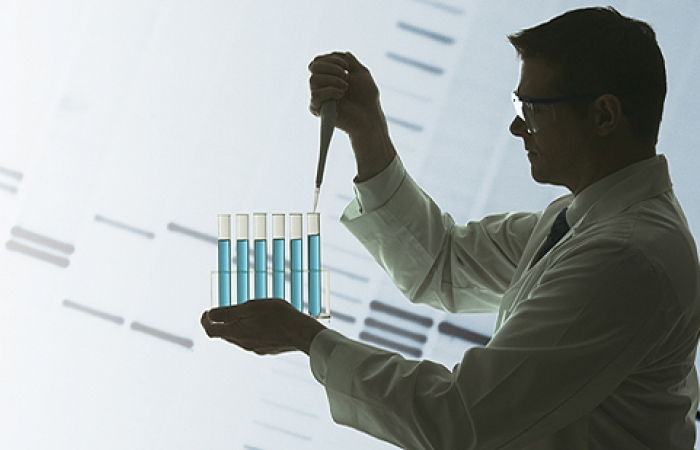 As scientists learn more about what our DNA can tell us about health and disease, public interest has intensified and genetic testing has become increasingly common. In response, the American Academy of Pediatrics (AAP) and the American College of Medical Genetics and Genomics (ACMG) have released new guidelines to address updated technologies and new uses of genetic testing and screening in children.

Those considering genetic testing should speak with their physician.

Genetic testing in newborns and children

According to the AAP, approximately 4 million infants in the United States undergo newborn screening, which is designed to detect abnormalities for which a treatment is available and which would benefit from being treated early, before symptoms begin.

Genetic testing of children past the newborn stage is not as common. It’s most often used to diagnose genetic conditions in children who have signs or symptoms, or to inform treatment decisions.

Testing may also be performed on children who don’t have symptoms, but whose family history includes instances of a specific genetic condition — particularly if early treatment can affect quality of life or life span.

In their general recommendations, both the AAP and ACMG noted that with DNA testing, the best interests of the child always should come first. Additionally, they recommend that genetic counseling accompany genetic testing, as clinical geneticists, genetic counselors or other health care providers with appropriate training and expertise can help obtain and interpret test results.

In addition, the two groups recommend the following:

Diagnostic testing may be done to diagnose disease in children who have symptoms of a genetic condition, or to help determine proper therapy. In these cases, parents should be informed about any risks or benefits. Their permission — as well as the assent of the child, when appropriate — must be obtained.

Newborn screening (NBS) should be offered for all children. Parents should be advised of NBS benefits, risks and the steps that follow abnormal screening results. The decision of informed parents to refuse the procedure should be respected.

Unless it can lead to health benefits during childhood, carrier testing should not be performed on children. Genetic testing or screening for carrier status should be offered to pregnant adolescents or adolescents who are considering having children when clinically indicated, and the risks and benefits should be explained clearly.

Parents may authorize predictive genetic testing for children who don’t have symptoms but are at risk of childhood-onset conditions. Testing for adult-onset conditions should wait unless interventions made during childhood can offer benefits. Exceptions may be made in cases where diagnostic uncertainty poses a significant psychosocial burden.

Histocompatibility testing (also known as tissue compatibility or tissue-matching) is permissible when it benefits immediate family members, but the interests of the child should be safeguarded and such testing only should be conducted after psychosocial, emotional and physical implications have been considered.

Adoption: For adopted children, and those awaiting adoption, the same considerations for genetic testing of biological children should apply. It should be recognized that predictive genetic testing before adoption may be in a child’s best interests, as it can help ensure his or her placement with a family capable of handling the potential medical circumstances.

Disclosure: Children should be informed of their test results at an appropriate age. Under most circumstances, a request by a mature adolescent for test results should be honored. In addition, results from genetic testing of a child may have implications for the parents and other family members. Health care providers have an obligation to inform parents and the child, when appropriate, about such implications; they should encourage patients and families to share this information and offer to help explain the results to the extended family or refer them for genetic counseling.

AAP and ACMG strongly discourage the use of direct-to-consumer and home-kit genetic testing of children, due to a lack of oversight on test content, accuracy and interpretation.

Full reports from both the AAP and ACMG are available online for free.

The AAP summary report, Ethical and Policy Issues in Genetic Testing and Screening of Children, was published online Feb. 21, 2013, in Pediatrics.

The ACMG policy statement, which provides ethical explanations and empirical data in support of the new recommendations, also was published online Feb. 21, 2013, in Genetics in Medicine. Read the full report titled Technical Report: Ethical and Policy Issues in Genetic Testing and Screening of Children.

Additional information on newborn screening is available at the website for the Secretary’s Advisory Committee on Heritable Disorders in Newborns and Children.