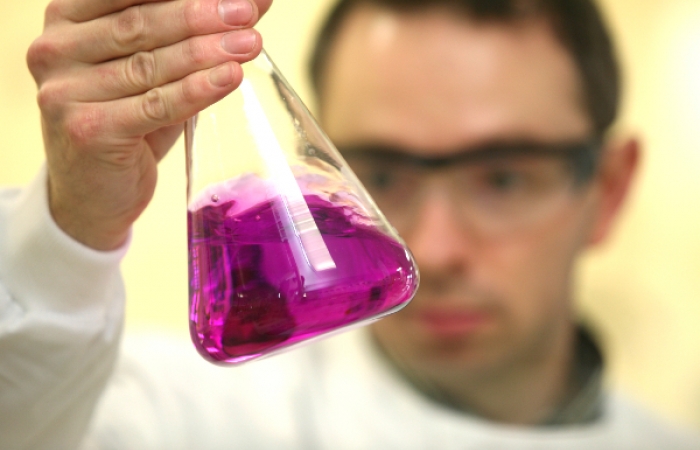 MDA has awarded $750,000 to Summit Corp. to test a new formulation of its utrophin booster SMT C1100 for Duchenne muscular dystrophy

The award was made through MDA's Venture Philanthropy (MVP) arm, a part of MDA's translational research program.

SMT C1100 is an orally administered medication designed by Summit to increase production of the muscle protein utrophin, which several laboratory studies have shown can compensate at least partially for a lack of the protein dystrophin. DMD results from the complete absence of functional dystrophin protein in muscle tissue. Increasing utrophin protein levels potentially could benefit all boys with DMD, regardless of the specific genetic mutation that causes their disease.

“Utrophin upregulation is a very exciting therapeutic strategy for DMD,” said Jane Larkindale, MDA’s director of translational research. “Data from animal studies suggest that utrophin really can substitute for dystrophin and — as it is already produced by the body — it should not be attacked by the patients' immune systems. We’re excited about this oral drug because data so far suggest that it can increase utrophin, and no significant side effects were seen in the earlier trial.”

Barry Price, executive chairman of Summit added, “Summit is delighted to receive this support from the Muscular Dystrophy Association and this partnership will allow a new clinical study to be conducted on SMT C1100, a drug that has the potential to benefit all DMD patients and their families.

When California-based biotechnology company BioMarin Pharmaceutical Inc. tested a formulation of this drug in healthy volunteers in 2010, the investigators found it to be safe and well-tolerated. Unfortunately, variable blood results were generated, with only some individuals achieving expected therapeutic levels in the bloodstream. BioMarin opted to cease development of this drug, which it had called BMN 195.

Since then, Summit has resumed development of SMT C1100, using a different formulation of this compound. The difference is not in the active ingredient, SMT C1100, but in the way it is packaged, and therefore in the way the body is expected to process it. Summit scientists and MDA's scientific advisers expect the new formulation has a good chance of consistently reaching levels in the bloodstream sufficient to increase utrophin production in the muscles.

Summit will test the new oral formulation, which is oral, in a healthy human volunteer clinical study. If the drug proves safe and reaches plasma levels that the researchers believe can increase utrophin production, the next step will be to test SMT C1100 in boys with DMD.

Boosting utrophin levels has shown great promise in the treatment of dystrophin-deficient mice in several studies spanning more than a decade, many supported by MDA. However, finding the optimal way to safely and effectively increase utrophin in people has been challenging.