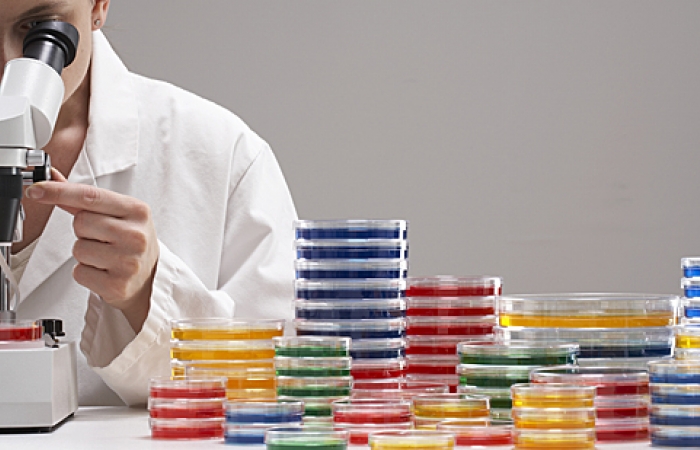 Santhera Pharmaceuticals announced May 9, 2011, that its drug Catena (generic name idebenone) appears to slow the decline in respiratory function associated with aging in people with Duchenne muscular dystrophy (DMD). Idebenone may improve energy production in muscle and nerve cells.

The announcement, made at the 4th International Congress of Myology in Lille, France, reflects the first analysis of a two-year, open-label extension study (DELPHI Extension). (“Open-label” means everyone in the trial received Catena. There was no placebo group.)

This extension study evaluated Catena in boys with DMD who had previously completed a phase 2 (DELPHI) study of this drug (in which it was compared to a placebo).

Results of the phase 2 study, announced in 2007, showed Catena was safe and that trial participants who received it for a year showed improvements on certain cardiac and respiratory measurements.

A phase 3 study of Catena in DMD (DELOS) is now open in the United States at Children's Hospital of Philadelphia and in Europe. See also Large-Scale Trial of Idebenone in DMD is Now Open, posted Dec. 15, 2010.

Researchers in the United Kingdom and Italy, funded in part by MDA, have found that daily treatment with the experimental compound SMT C1100 dramatically reduced symptoms in mice missing the muscle protein dystrophin that develop a disease resembling Duchenne muscular dystrophy (DMD).

SMT C1100 increases production of a muscle protein known as utrophin, which is similar to dystrophin in structure and appears able to compensate, at least in part, for a loss of dystrophin.

MDA supported Kay Davies at the University of Oxford (United Kingdom). Her findings were published in May 2011 in PLoS One.

The drug is designed to be given orally in humans and is now being developed by Summit PLC, an Oxford, U.K.-based drug discovery company that hopes to take it to clinical trials in DMD patients.

In 2010, SMT C1100, under the name BMN195, was tested by BioMarin Pharmaceutical in healthy human volunteers and failed to reach adequate blood concentrations. (See Research Briefs of Aug. 12, 2010.) The investigators on the latest study say their positive results in the DMD mice strongly support retesting new formulations of SMT C1100 in new clinical trials.

Drugs help the heart in mouse models of EDMD, LGMD

MAP kinase inhibitors, a class of medication that's now being tested in people with various types of cancer, improved heart function and prevented scarring of the heart muscle in mice with a disease resembling forms of Emery-Dreifuss muscular dystrophy (EDMD) and limb-girdle muscular dystrophy (LGMD).

The mice have a mutation in the lamin A/C gene, also mutated in people with the chromosome 1 form of EDMD and the 1B form of LGMD. Both these disorders lead to cardiac problems, which are mimicked in the lamin A/C mutant mice.

In their Jan. 4, 2011, paper, the investigators say MAP kinase inhibitors could potentially be used to treat humans with cardiac muscle disease caused by lamin A/C mutations. MDA supported Howard Worman at Columbia University in New York for this work.

The slightly encouraging results reflect a combination of data from a one-year extension study of Catena in Friedreich's ataxia (IONIA-E), added to an earlier six-month, phase 3 study (IONIA). Both trials were conducted in children and adolescents with FA at two U.S. centers.

Catena is being developed and tested by Santhera Pharmaceuticals and is designed to increase energy production in cells.

In a May 5, 2011, announcement, Santhera's chief scientific officer said that participants in the combined phase 3 and phase 3-extension trial, representing a total of 18 months of treatment with Catena, showed an overall trend toward functional improvement, which he noted was "in clear contrast to the expected natural rate of decline" seen with Friedreich's ataxia.

For more background on idebenone and FA, see Idebenone Strikes Out Again (Quest News Online, May 28, 2010).

According to an announcement by the company on April 12, 2011, OX1 is designed to prevent damage to cell membranes and prevent the potentially harmful chemical process known as oxidation of proteins and DNA in cells.

Disruption of a major pathway through which cells rid themselves of damaged or unnecessary proteins appears to be a major contributor to the disease process in oculopharyngeal muscular dystrophy (OPMD), according to a paper published April 4, 2011, in the online, open-access journal Skeletal Muscle.

A phase 1-2 trial of gene therapy in six children ages 3-16 years with Pompe disease (acid maltase deficiency) is open to qualified participants at the University of Florida in Gainesville.

The investigators will inject genes for the acid maltase enzyme (also known as the GAA enzyme), encased in type 1 adeno-associated viral (AAV1) delivery vehicles, into the diaphragm muscles of participants. Researchers will assess the treatment's safety and effects on pulmonary function over the course of a year, with further follow-up being conducted annually for 15 years.

MDA and the advocacy group Families of SMA announced the new funding May 6, 2011.

Identification of newborn babies with SMA is expected to lead to earlier supportive care and, ultimately, earlier disease-modifying treatment, when and if it becomes available.

Drug being tested in presymptomatic infants at risk of developing SMA

Sodium phenylbutyrate, a medication that may increase levels of the SMN protein, deficient in people with spinal muscular atrophy (SMA), is now being tested at the University of Utah in Salt Lake City in presymptomatic infants predicted to develop SMA by DNA testing.

This STOP SMA trial, in which all participants will be given the experimental drug, is being supported by MDA.

A trial of sodium phenylbutyrate in children with types 2 and 3 SMA (NPTUNE 01) was recently terminated because of poor compliance with the study drug.

A trial of sodium phenylburate in children with type 1 SMA (NPTUNE 02) was terminated because of extremely slow enrollment in the study.

Preliminary data from laboratory and human studies have suggested that therapies may have their greatest effectiveness in SMA when delivered before symptoms of the disease begin.