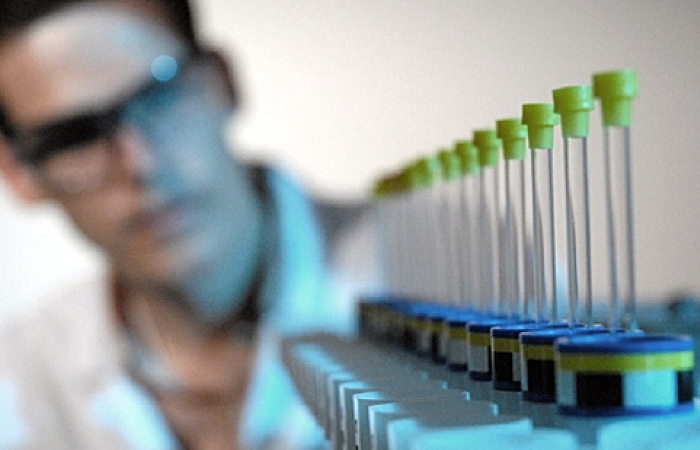 Those who took the lower dose of ataluren showed a slower decline in walking ability over the course of nearly a year than those in the high-dose or placebo groups.

The new announcement confirms findings released by PTC in April 2010, at a meeting of the American Academy of Neurology in Toronto.

In March 2010, a preliminary analysis of the results of this 174-person, phase 2b trial of ataluren in people with DMD or BMD with certain genetic mutations revealed only that there did not seem to be a benefit for this drug.

Ataluren is designed to coax muscle fibers to "read through" (ignore) a premature stop codon, also known as a nonsense mutation, in the gene for the muscle protein known as dystrophin.

The goal of treatment with ataluren is for the fibers to produce functional dystrophin, the protein missing in people with DMD and deficient in those with BMD.

Nonsense mutations are responsible for dystrophin deficiency in some 5 percent to 15 percent of the DMD/BMD population.

The so-called six-minute walk test was the primary outcome measure for this 174-person, 48-week trial. At the end of the trial, all participants had lost some walking ability, as measured by the distance they could cover in six minutes.

Participants were ambulatory males who were at least 5 years old. Thirty-seven trial sites in North America, Europe, Australia and Israel were part of this study.

The six-minute walk test was the primary outcome measure, but other outcomes were also assessed, including safety, muscle function and strength, and muscle dystrophin levels.

The trial results suggested "positive trends" in muscle function, as measured by timed function tests, in those receiving the low-dose regimen of ataluren compared to those receiving a placebo, PTC said.

PTC said dystrophin protein expression could not be properly assessed, in part because of technical limitations. The company said no relationship could be established between dystrophin levels and distance covered in the six-minute walk test.

The guardedly positive results from this phase 2b trial of ataluren make it more likely than it first appeared that PTC and Genzyme will continue to develop this drug for those with nonsense-mutated-related DMD or BMD.

MDA will continue to monitor ataluren's progression through the regulatory process.