Life Without a Smile

Coping with facial weakness in FSHD

Songs tell us we're never fully dressed without a smile and exhort us to pack up our troubles in our old kit bags and — smile, smile, smile. Smiling mouths tell us to buy everything from toothpaste and shampoo to diamonds and automobiles, and stylized "smiley faces" peer at us from posters and stickers.

There's more space in the brain devoted to muscle control of the face than to any other part of the body except the hands. And, a part of the brain known as the amygdala has as one of its specific functions the interpretation of other people's facial expressions.

Smiling is considered a milestone in a baby's life, one anxiously awaited by parents. ("Is it a smile, or is it just gas?" they wonder. "Is the baby connected to us yet?")

But, what about people, like many with facioscapulohumeral muscular dystrophy (FSHD), who can't smile? For many with this condition, weakness in the facial muscles makes any facial expression difficult, and smiling is particularly hard.

Paul Topkin of Lakeland, Fla., has his picture taken fairly often, mostly because of his recent fame as a builder of replicas of historic ships that sell for thousands of dollars to individuals and corporations.

"It really affected me as a teenager," Topkin says, but the years have blunted his self-consciousness. "I worked in sales all my life," he says. "I came to the realization that either people are going to take me for what I am, or not. My wife has been a tremendous asset in that way. She would always tell me, 'You're you. Don't worry about it.'" 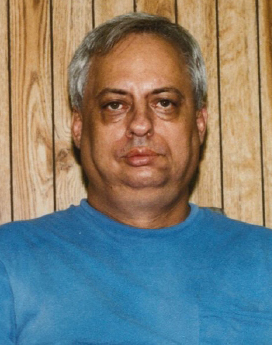 Before he started his shipbuilding business, Topkin sold commercial and residential lighting, restaurant equipment, Buffalo-style chicken and pets. "I tried to act as normal as possible," he says. "And mostly people didn't ask. I'd throw my hand up in front of my mouth a lot."

The muscles on the left side of Topkin's face are much weaker than those on the right, so he's often been able to manage a sort of crooked smile. If people did ask about his expression, he told them, "I was born that way."

Topkin has adjusted fairly well to his smiling difficulties, but not everyone does. Children are especially vulnerable.

Dr. Michael Brooke, who has written extensively about neuromuscular diseases, has said that a child who can't smile is often more socially isolated and depressed than one with a far more physically disabling condition. "Many children develop an audible laugh instead of a smile in order to signify amusement," Brooke writes in A Clinician's View of Neuromuscular Diseases (Williams and Wilkins, 1986). "This produces even more difficulty with acquaintances, whose casual pleasantries are greeted with a harsh chuckle from a mirthless and impassive face."

Karen Johnsen's family didn't find out she had FSHD until she was 12. Until then, things were confusing.

"There's a family story about me," says Johnsen, now 41, of Bowie, Md. "I was drinking from a cup as a baby at 1 month of age. The earlier you were weaned, the better, in those days," she says, "so my parents bragged about it. In actual fact, I was weaned because I couldn't suck from the bottle."

Besides being deprived of the pleasures of blowing bubbles with gum (that was a big deal, she says), and whistling (everybody showed off about that), Johnsen recalls being "traumatized" by cameras and birthday parties.

"I learned very young to be petrified of the camera," she says. "People would say, "Smile!" and I would say, 'I am!'" 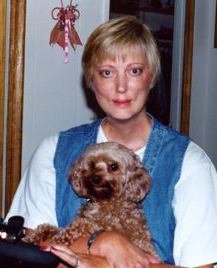 She was also unable to blow out the candles on her birthday cakes. "I remember when I was 12, I asked my parents, "Don't put 12 candles on the cake. Can't you just put five?'"

Anthony DeFeo, who has a doctorate in speech-language pathology, directs the Speech-Language Clinics at the University of Arizona in Tucson. He encourages people with facial weakness to use voice modifications and gestures to compensate for lack of facial expression.

"The face has a lot to do with the message and the tone of the message [being spoken]," DeFeo says. But, he adds, if the voice can be controlled (it usually can in FSHD), it also can be used to modify the spoken message. DeFeo helps clients change the speed and tone of their speech to convey emotion.

Eye movements, if these are possible, and hand gestures, can also be used, to add "seasoning" to the spoken word, says DeFeo. He advises people to use mouth opening to signify animation.

Sometimes, it's necessary to work not just with the person who has the disability, but with others in his environment, he says. "It seems like common sense, but things have been overlooked because so much of the focus has been on the disorder itself." DeFeo recalls that treating one child with a paralyzed face included talking to the child's teachers. "I counseled the teachers not to take his lack of reacting as disinterest or anger."

Some children may cope with facial weakness without any special training, but, DeFeo says, improvised solutions can be either "adaptive" or "maladaptive." Brooke's example of the child who develops an audible laugh without a smile might be a maladaptive solution, he cautions. Children may need coaching because they're not as practiced as adults in thinking of the listener's needs. A speech-language pathologist (sometimes called a speech therapist in schools) can be helpful in these situations, DeFeo says.

Children and adults with facial expression disorders may benefit from working with a mental health counselor, says Jerry Ferro, a counselor in Altamonte Springs, Fla. Ferro, who has spinal muscular atrophy (but doesn't have facial weakness), is interested in helping people develop strategies for dealing with physical disabilities.

"When we meet people, we're drawn in by facial expressions," Ferro says. "When we don't get reinforced, we tend to stay back." People with limited ability to express warmth with their faces are likely to have limited opportunities for socialization, he says, unless they work to overcome the problem.

Verbal communication of feelings is a useful strategy for people with limited facial movement, Ferro believes. "I would encourage adults to be more communicative. If you sense someone's uncomfortable, be up front about it. Say, 'Is there something bothering you? Would it help if I drew a happy face, or a sad face?'"

Children, he says, aren't used to communicating their feelings in words. But, where facial weakness is involved, he says, "I would encourage them to develop that skill at an earlier [than usual] age."

As people get to know each other, Ferro says, acceptance of the facial weakness will likely increase. Instead of looking for a smile, those who know the person with facial weakness will begin to look for a wink, a raised forehead or other signs. As friendship or intimacy progresses, certain pet words or intimate sayings can be used between people in place of a smile.

Some people might see a photo of the 56-year-old Topkin and think he's a rather grim-looking artist, perhaps in need of treatment for depression. But Topkin has FSHD and, despite a lively sense of humor, he can't smile.

Smiling with her eyes

Facial weakness didn't pose much of a problem in Paul Topkin's courtship of his wife, Joy, whom he married in 1964. "She didn't realize it," he says of his facial weakness. "I talked to her about it. Her reaction was, 'So what?'"

But Karen Johnsen remembers that she had to work a little harder than that. She met her future husband, Dean, at a party when she was 19, at a time when she says she was learning to smile with her eyes, not her mouth.

"As I got older, I realized there were other ways to smile," she says. "I learned to smile with my eyes. I have big, blue eyes, and I figured there's got to be more to a smile than teeth. The key reason my future husband called me back was because of my eyes. His nickname for me was Big Eyes." He never added, "But she can't smile," and they were married in 1978, when she was 21. (Kissing was never a problem.)

Then, in 1992, the smiling issue surfaced in a different way. "I went into the Ms. Wheelchair Maryland contest," Johnsen says. "And for the first time in a long time, I worried about my lack of a smile. I thought, "Am I going to be penalized?" Then I said, "Don't let this get to you. You're going to smile with those eyes." The evening gala came — and the judges selected me."

Johnsen was Ms. Wheelchair Maryland from 1993 to 1995, adding to her long list of volunteer activities, including leading an MDA-sponsored FSHD support group.

"The muscle weakness follows you wherever you go," Johnsen says. "But you can overcome. You do have the ability to use other methods to compensate for what you don't have."