FA: Everything is Treatable, Even if Not Yet Curable 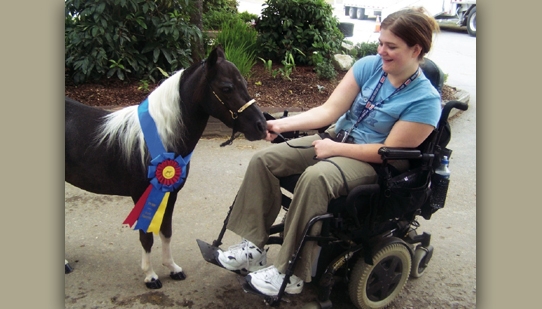 Susan Perlman, M.D., director of the Ataxia Clinic, Department of Neurology, University of California-Los Angeles, is a neurologist who’s been doing research in, and taking care of individuals with, Friedreich’s ataxia (FA) for some 30 years. In November 2010, she talked with Margaret Wahl, MDA’s medical and science editor.

Q: What are some of the treatable aspects of Friedreich’s ataxia?

A: First of all, everything is treatable. Any symptom somebody has, there is something that is available right now that can be used to make things milder and improve functional ability and quality of life.

Q: What about the cardiac problems in FA?

A: There are probably symptoms of cardiomyopathy [heart muscle abnormality] in more than half the people with Friedreich’s. In some of them, the symptoms are relatively mild. They may notice palpitations, they may feel a little short of breath when they’re exercising, and ultimately the workup will show, yes, you have cardiomyopathy, and it’s related to your Friedreich’s.

There is often thickening of the heart muscle, called “hypertrophic” cardiomyopathy, especially on the left side of the heart. Sometimes it can get to the point where the muscle is so thick that blood has trouble flowing out of the heart. That’s known as “outflow obstruction.” More often, the heart muscle just gets thick, which makes it hard for it to pump blood efficiently.

In some cases, the heart muscle is so damaged by the frataxin protein deficiency caused by Friedreich’s ataxia that it can actually thin out and stretch like a flabby rubber band. That also makes it harder for the heart to pump the blood out. 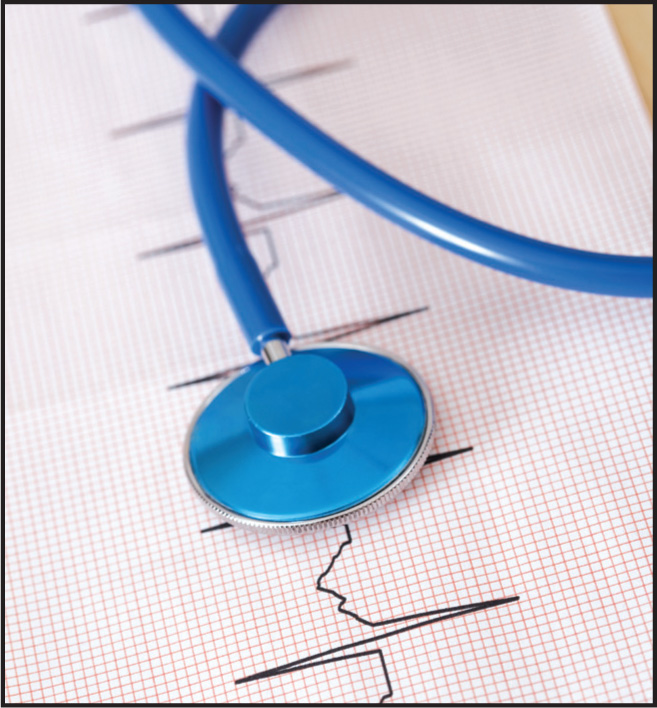 Normal cardiac function can usually be maintained into a patient’s 20s, requiring no medication. Some people will require medication earlier.

Small studies suggest that an abnormality in heart thickness is the first thing that’s picked up in youngsters and that it may or may not cause symptoms; but that as they get older, they may develop palpitations, fatigue and shortness of breath. In their 20s, some Friedreich’s patients may begin to lose heart function, so that, instead of the heart pumping the normal 60 percent or so of the blood out with each contraction, it’s pumping maybe 30 percent.

The kinds of medications that are used that can help preserve heart function are called beta blockers [examples are propranolol and metoprolol] and ACE inhibitors [examples are captopril and enalopril].

These drugs take some of the load off the heart muscle so that it’s not working as hard. They’re becoming standard care among many cardiologists who see people with Friedreich’s ataxia.

We’ve seen individuals with Friedreich’s and measurable thickening of the heart who have started the antioxidant idebenone, and a year later, their heart is back to normal. These are just single-patient observations, but both idebenone and the related supplement coenzyme Q10 seem to reverse some of the thickening of the heart. We don’t have all the data yet. But I recommend starting either coenzyme Q10 or idebenone, the earlier the better, while research continues.

Some individuals with more advanced heart problems may require pacemakers or implanted defibrillators to reduce the risk of the heart going into a severe rhythm problem that could cause the heart to stop.

Q: Are the pathways related to both sensation and movement — the sensory and motor pathways — involved in FA?

A: Yes. There are two aspects here, the sensory pathways and the motor pathways.

The longer the nerve fiber, the more energy it needs to transport substances. So it’s the spinal long tracts and the long peripheral nerve fibers that are targeted primarily in Friedreich’s. Symptoms come up initially in the legs and then, after a few years, will be noticed in the arms. The pathways are a little shorter going to the arms and can resist the stress of deficient frataxin and low energy production a little longer. Ultimately, there will be changes in speech and possibly swallowing, vision or hearing.

Some parts of the nervous system, such as the thinking and emotion-experiencing parts of the brain, appear to have more energy reserves and to tolerate energy deficiency better than the motor and sensory fibers.

The cerebellum, where movements are coordinated, has a very low safety factor. It doesn’t store a lot of energy, so if energy production goes down, areas within the cerebellum itself will ultimately show some stress and atrophy [shrinkage].

The weakness that patients with Friedreich’s ataxia experience is not because the muscle is being directly damaged, with the exception of the heart muscle. Skeletal muscle is an innocent bystander that experiences the consequences of its peripheral nerve connections weakening. [When signals from motor nerves fail to reach muscle, the muscle can’t contract.]

The sensory loss and loss of coordination are often more of a problem than the weakness. The very first symptoms in the average person with Friedreich’s are problems with balance, clumsiness, and trouble running without tripping, rather than overt weakness.

The nerve fibers that bring signals from the joints about the position of the limbs are also undergoing damage. If you lose the sense of where your foot is, where your leg is, because you don’t have joint position sense, it will be extremely difficult to control signals that you’re sending to move the leg.

When we see a teenager with Friedreich’s who all of a sudden is having a lot more difficulty with walking and balance, it’s usually not because of weakness. It’s usually because of the progression of the sensory changes to the cerebellum and the flawed output from the cerebellum, which are causing balance difficulties.

A: Exercise, whether it’s for muscle conditioning, strengthening or stretching, or whether it’s coordination-based exercise, is extremely important. 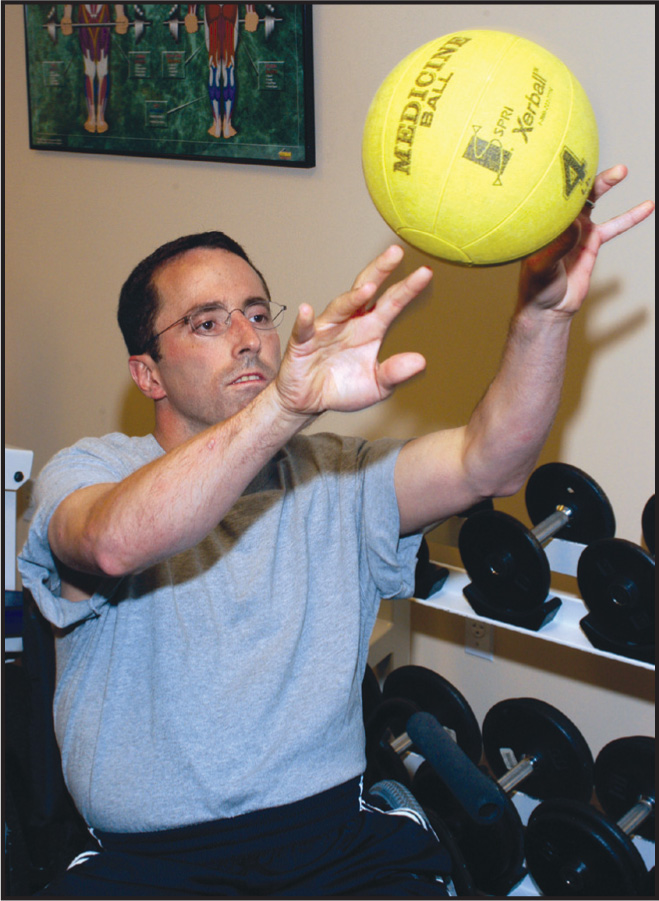 If patients with ataxia engage in a regular program that includes coordination and balance exercise, they seem to be able to turn the clock back on their symptoms. The disease will continue to progress, but at least you can bring people up a notch or two and then level them out for a period of time. We’ve seen this over and over again. [Perlman is speaking about clinical observations, not systematic studies.]

So we encourage all of our ataxia patients, especially Friedreich’s ataxia patients, to get involved with regular daily exercise, which includes appropriate balance and coordination training and core exercise. Depending on what their limitations are, they can also do some muscle conditioning, strengthening, and stretching. We recommend that a patient work with a physical therapist and do a home exercise program.

Q: Among the most troubling symptoms in FA is the difficulty with speech, because it can make other people think the person with FA isn’t intelligent. Can you comment on that?

A: Exactly. That, and the fact that they’re sitting in a wheelchair and are below eye level. These are terrible assumptions and behaviors in society that we have to change.

A: Speech therapy helps, and we usually recommend it. Usually, the younger patients, if they speak slowly, can develop reasonable breath control and make their speech intelligible. Some older patients may decide to use speech-generating devices. 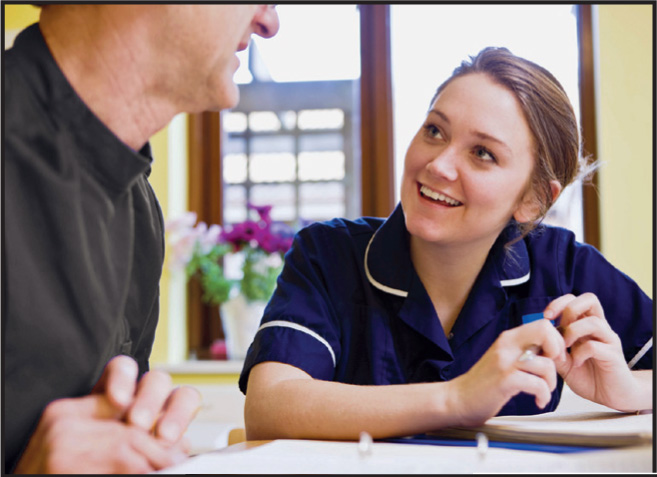 Q: What about hearing and vision in FA?

But as the disease slowly progresses, many people with Friedreich’s will develop high-frequency hearing loss, meaning there is hearing loss at the higher pitches, such as the speech pitches. They have trouble picking out a conversation in a noisy room. It can often be compensated for with the same measures you would use for anybody with hearing loss, such as hearing aids.

Vision loss is more subtle and generally not as disabling, at least early on, as the hearing changes. For the most part, we recommend that people do all the things that people do who are visually impaired for other reasons, such as using large-print materials, magnifying devices, and so forth. We encourage patients who are having functional problems with vision to work with the Braille Institute. [The Braille Institute at (800) 272-4553 offers many resources for people with poor vision.]

Q: A relatively rare problem in FA is diabetes. Its connection to FA seems somewhat mysterious. Can you help us understand it?

A: It is mysterious. People with Friedreich’s ataxia can develop dysfunction of the beta cells in the pancreas that normally produce insulin. Why the pancreas? We don’t know, but there’s something about this pathway that is affected by the Friedreich’s ataxia gene mutation. Besides altered insulin production, the body’s tissues may not respond as well to insulin as they normally would.

Twenty percent of people with Friedreich’s ataxia have a condition called carbohydrate intolerance, which is an inability of the body to completely process carbohydrates — sugars and starches — into energy.

It’s not as common as some of the other features of Friedreich’s ataxia, but it’s something that we screen all our patients for every year until they’re in their 20s. Once they hit 25, it’s less likely that they’ll develop diabetes related to Friedreich’s, although they’re not immune to it from other causes.

Q: Do you recommend dietary restrictions?

A: Most youngsters with Friedreich’s who develop diabetes are going to require insulin. If you’re an insulin-dependent diabetic, you have to know what you’re taking in so you can plan your insulin regimen.

If they don’t have full-blown diabetes but have carbohydrate intolerance, then I think it’s important to restrict the amount of free sugar they take in. Complex carbohydrates, which are starches and fiber, are appropriate, as is a certain amount of fat and protein. So it’s basically a diabetic diet. You don’t have to completely eliminate carbs. Consultation with a nutritionist in planning an appropriate diet is recommended.

Q: It’s often said that Friedreich’s does not cause any cognitive impairment. Has that been your observation?

A: That has been my observation. However, I do think there is a greater risk of depression. You have to be alert and not fail to recognize depression, even if it’s unrelated to Friedreich’s. It’s something that is treatable with medication and counseling.

A: One thing that our patients are still telling us is that when they receive their diagnosis of Friedreich’s, the doctor may tell them they can’t expect to live much past the age of 30. That clearly is not the case anymore.

My impression is that the primary cause of death is the heart problem. And now that the heart problems can be managed better, I think people can expect to live a much longer life. They might be living it in a wheelchair, but from that wheelchair, they can work on a computer, speak to people, get out and so forth. I have patients with Friedreich’s who are in their 50s, 60s and 70s. Many have completed college, worked in interesting fields, had families and done whatever they could to support research in Friedreich’s ataxia.