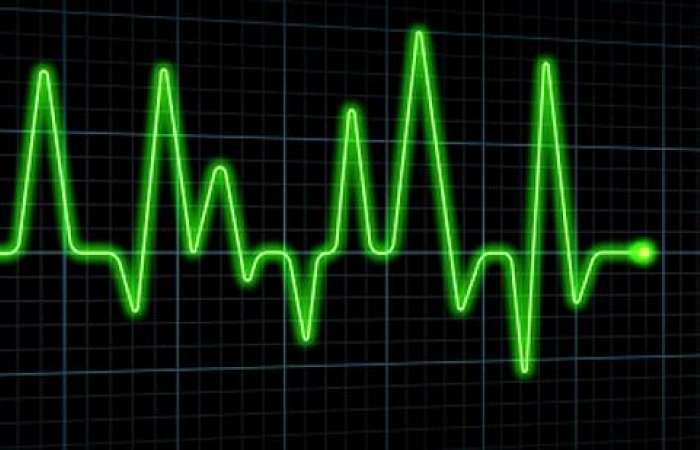 Researchers have found that specific mutations in the dystrophin gene correlate with earlier or later onset of cardiac muscle degeneration.

Now, doctors at Ohio State University and Nationwide Children's Hospital in Columbus, Ohio, as well as Washington University in St. Louis and the University of Utah in Salt Lake City, have identified specific mutations in the dystrophin gene that predict whether heart muscle weakness (cardiomyopathy) will occur earlier or later in the course of BMD.

The findings may help with predicting the disease course and may shed light on the complex mechanisms underlying cardiac degeneration in DMD or BMD. They also may lead to earlier and perhaps better treatments for this type of problem. 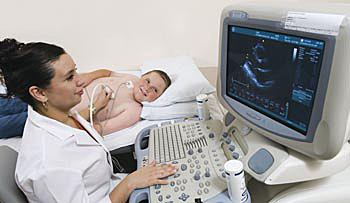 The researchers studied the dystrophin gene mutations and the clinical medical records of 78 people with either X-linked dilated cardiomyopathy or BMD-associated cardiomyopathy. (DMD patients were not part of this study.)

They found that different mutations could cause the median age at the onset of cardiomyopathy to range from the mid-20s to the mid-40s.

BMD is a disease of skeletal and cardiac muscle that results from any of a number of mutations in the X-chromosome gene for the dystrophin protein, which normally plays a crucial role in both muscle tissues. In BMD, there is some dystrophin produced, but it's either deficient in quantity or quality. In DMD, dystrophin mutations result in the total or nearly total loss of dystrophin.

In BMD, cardiac abnormalities can be severe enough to require a heart transplant, even while skeletal muscle loss may range from moderate to mild to absent.

(Note: Patients with dystrophin mutations and cardiac muscle degeneration who maintain normal skeletal muscle strength are said to have "X-linked dilated cardiomyopathy," rather than Becker MD.)

The dystrophin protein is a ropelike molecule that's located near the cell membrane in heart and skeletal muscle cells. It's divided into regions called "domains," which serve different functions.

In between the actin-binding domain and the part that links to the membrane is a springy, ropey structure made of a series of repeating spirals called the "rod domain." Although it's straight, like a rod, it's also flexible, and it's believed to provide support and shock absorption for the membrane.

But the new findings show that mutations in the rod domain can have unexpectedly severe effects on the ability of dystrophin to protect the heart muscle.

The researchers found that patients with dystrophin mutations and cardiomyopathy, with or without skeletal muscle involvement, had mutations affecting the rod domain or the actin-binding domain.

Those with mutations in gene sections known as exons 45 to 49 that affected the rod domain and preserved a portion called hinge 3 had a median age of onset of cardiomyopathy of either 26 or 36 years, depending on whether the mutation disrupted the dystrophin protein structure.

Those with mutations in gene sections known as exons 45 to 55 that affected the rod domain but did not preserve hinge 3 had a median age of onset of cardiomyopathy of 43 years.

The median age of onset for cardiomyopathy for those with mutations in exons 2 to 9, affecting the actin-binding domain, was 23.

Although MDA did not fund this study directly, several of the study's authors are longtime MDA-associated clinicians and/or research grantees.

John Kissel and Jerry Mendell at Nationwide Children's Hospital and Ohio State University are co-directors of the MDA clinic at Nationwide and have received significant MDA funding for research over many years. Mendell has current MDA support to study cardiomyopathy in DMD. Kevin Flanigan, who was at the University of Utah in Salt Lake City until 2009 and then moved to Nationwide Children's Hospital, is a former MDA research grantee; and Alan Pestronk directs the MDA clinic at Washington University in St. Louis and has received previous MDA research support.

Meaning for people with BMD and DMD

The new findings will help doctors predict the onset of cardiomyopathy based on a patient's specific dystrophin mutation and allow them to consider cardioprotective treatments earlier in the disease course.

In addition, the findings have implications for therapy development. The study sheds light on which parts of the dystrophin gene and protein are necessary for cardiac function, while most studies to date have focused on skeletal muscle function. That will be important to know as scientists continue to develop miniaturized versions of the dystrophin gene for gene therapy applications and develop other strategies that are likely to result in synthesis of shortened dystrophin protein molecules.

Editor's note 10/6/10: The September 2010 neuromuscular disease research podcast from Nationwide Children's Hospital in Columbus, Ohio, is an interview with Nationwide neurobiologist Federica Montanaro on cardiomyopathy in BMD. You can listen to this podcast at This Month in Muscular Dystrophy.