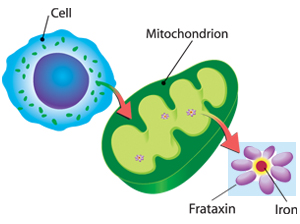 Friedreich's ataxia (FA) is caused by defects (mutations) in the gene for the protein frataxin. Genes are recipes for making proteins, which provide structure to our cells and drive the chemical reactions inside them. Scientists believe the frataxin protein regulates the levels of iron inside mitochondria — tiny cellular "factories" that use oxygen to produce energy.

Iron is essential for this process, but if too much of it is left floating around freely inside mitochondria, it can trigger oxidative stress — the buildup of harmful oxygen-based free radicals.

Frataxin appears to act as a storage depot for iron, releasing it only when it’s needed. When frataxin is missing or defective, free iron accumulates in mitochondria, and oxidative stress damages the mitochondria.

Mitochondria act as an essential energy source for nearly all of the cells in our bodies, which probably explains why FA affects cells of the nervous system, heart and sometimes other tissues.

FA doesn’t affect parts of the brain involved in mental functions; it mostly affects the spinal cord and the peripheral nerves that connect the spinal cord to the body’s muscles and sensory organs.

FA also affects the function of the cerebellum, a structure at the back of the brain that helps plan and coordinate movements. 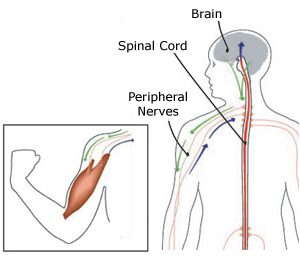 In FA, this flow of sensory information through the peripheral nerves and the spinal cord is severely affected. There’s also some impairment of muscle-controlling signals from the cerebellum and spinal cord.

Combined, these problems lead to the progressive losses of balance, coordination and muscle strength that characterize FA.

Upon hearing a diagnosis of FA, people often reasonably ask, “But it doesn’t run in our family, so how could it be genetic?”

The answer is that the mutations underlying FA can run silently through a family, because the disease is inherited in an autosomal recessive pattern.

Autosomal refers to the fact that the frataxin gene is on chromosome 9, one of the 22 pairs of autosomes (chromosomes other than the X or Y). Recessive means it takes two defective copies of the frataxin gene to cause FA, with one copy inherited from each parent, neither of whom would normally have FA symptoms.

Thus, FA might seem to occur “out of the blue,” but in reality, both parents are FA carriers, each silently harboring a mutation in frataxin. Many parents have no idea that they’re carriers of FA until they have a child who has the disease.

About one in 100 Americans is an FA carrier, but in some ethnic groups the frequency is higher. For example, about one in 70 people of Acadian (Cajun) ancestry is a carrier.

Normally, the gene contains five to 30 repeats of the three-letter chemical phrase "GAA," but in people with FA, the gene can contain hundreds of GAA repeats. Longer repeat expansions tend to cause an earlier onset and faster progression of FA, but the association isn’t strong enough to predict the course of FA in individual cases. 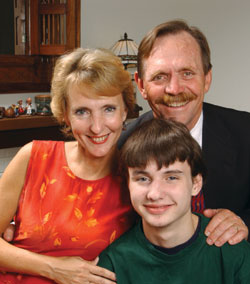 In FA carriers, the frataxin gene can contain a repeat expansion, a point mutation or a permutation — a number of expanded repeats that’s just below the disease-causing range. In the germ line (ova and sperm), premutations might or might not expand into the disease-causing range, which makes it complicated for some carriers to determine their risks of passing on FA.

As a general rule, children with a biological sibling affected by FA have a 25 percent chance of developing the disease themselves.

Your MDA Care Center team or genetic counselor can give you more information about the risks of inheriting or passing on FA.