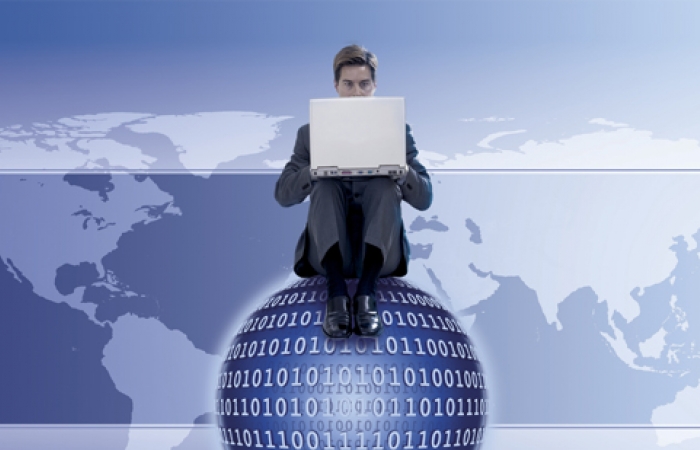 Below are highlights of two studies in spinal muscular atrophy (SMA), a disease in which the nerve cells that control muscles (motor neurons) in the spinal cord die, causing progressive weakness in the voluntary muscles.

A February 2012 podcast recently made available from Nationwide Children's Hospital in Columbus, Ohio, explores the potential of a strategy called antisense as a treatment for SMA.

"Dr. Burghes Discusses Antisense Oligomer Treatment in an SMA Mouse Model," is part of a Nationwide Children's podcast series called This Month in Muscular Dystrophy. To listen, scroll down and click on "Listen to this Podcast," or read a transcript of the interview.

Burghes opens this 18-minute podcast with a review of the underlying cause of SMA, in which cells are unable to make SMN protein using genetic instructions from a flawed SMN1 gene.

Although the instructions carried by the "backup" gene, SMN2, are nearly identical, they cause cellular protein-building machinery to "splice out" (leave out) a crucial stretch of code called exon 7 during protein production. This results most of the time in shortened SMN protein that is unstable and rapidly degraded by the body.

Sometimes, however, exon 7 is included in the protein-making process. When that happens a full-length, functional SMN protein is produced from the SMN2 gene. The amount of functional SMN protein made from SMN2 instructions generally (but not always) correlates with disease severity; the more protein, the less severe the disease course.

Thus, the idea behind a number of therapeutic strategies under development for SMA, Burghes notes, is to make SMN2 "look like" SMN1, thereby "tricking" cells into producing sufficient levels of SMN protein using instructions from SMN2. This can be accomplished in a variety of ways, including antisense.

The antisense therapy Burghes and colleagues are developing aims to cause exon 7 to be included when cells build proteins using instructions from the SMN2 gene.

The strategy works by using a synthetic molecule (in this case, an antisense morpholino oligomer) to "stick to" or "mask" a splice inhibitor that normally causes exon 7 to be left out. With the inhibitor blocked, exon 7 is spliced in instead of being spliced out, and full-length SMN is made.

In a recent study, Burghes and colleagues treated mice with antisense compounds at different concentrations. A single dose of the drug was injected into the brain.

Using the average results from all concentrations used in the mice, the investigators found life expectancy in the mice increased from approximately 14 days to more than 100 days. Tissue analysis showed increased inclusion of exon 7 in the protein-building process and resulting increased SMN protein levels.

Although there are different types of antisense molecules based on different chemistries, Burghes says he favors the morpholinos used in his group's study because they appear to cause very little toxicity in the central nervous system. (For more on another antisense oligonucleotide, known as ASO-10-27, read Systemic Antisense Injections Rescue Severe SMA Mice, Quest News Online, Oct. 4, 2011.)

Burghes and colleagues reported their study results in A Single Administration of Morpholino Antisense Oligomer Rescues Spinal Muscular Atrophy in a Mouse, scheduled for publication in the April 2012 issue of Human Molecular Genetics; it also was published online Dec. 30, 2011.

A drug called fasudil has been shown to extend the average life span of mice with an SMA-like disease from approximately 30 days to more than 300 days, a Canada-based research team has reported. In addition, mice treated with the drug demonstrated better movement and more normal behavior than untreated mice, had increased muscle-fiber size and better muscle-nerve connections.

Fasudil has been approved by the U.S. Food and Drug Administration for use in testing in some human clinical trials, but is not approved as a treatment for any disorder in the United States or Canada.

The investigators, led by MDA grantee Rashmi Kothary, reported their findings March 7, 2012, in BMC Medicine. Read the full article at no charge: Fasudil Improves Survival and Promotes Skeletal Muscle Development in a Mouse Model of Spinal Muscular Atrophy. Kothary is a senior scientist at the Ottawa Hospital Research Institute and professor in the departments of medicine, and cellular and molecular medicine at the University of Ottawa in Ontario, Canada. He currently holds an MDA grant for related work in SMA.

Kothary's team previously has shown that a biochemical pathway known as ROCK (for RhoA/Rho kinase) is misregulated in cell and animal models of SMA. The researchers also showed that targeting and blocking the ROCK pathway increased the life span of SMA mice.

In the current study, the team treated mice with an SMA-like disease with either a low, medium or high dose of fasudil and compared them to a group of control mice that received water.

The improvements observed in the fasudil-treated mice included an increase in average life span from approximately 30 days to more than 300 days; better movement and behavior, including grooming habits; increased muscle-fiber size; and better muscle-nerve connections. Fasudil did not increase levels of the deficient SMN protein that is the underlying cause of SMA; did notpreserve motor neurons; and did not affect weight loss or weakness. Toxicity was observed when the drug was tested at the highest dose.

The researchers suggest that fasudil works directly on muscle, possibly by restoring the typical development process of skeletal muscle, and say their findings underscore the importance of muscle as a therapeutic target in SMA.