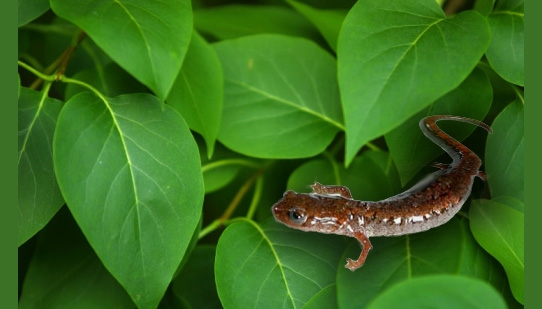 Long before "stem cell" became a household term, people had observed that plants and animals can, within limits, repair damage they sustain.

Wounds heal, broken bones knit, and lost blood is replenished. Mowed grass soon regrows, and barren trees sprout new leaves in spring. Cut off a limb of a salamander or some other amphibians, and it regrows. But the limbs of other animals, once gone, can’t grow back.

Where do the new cells come from, and why are some organisms so much better at regenerating tissue than others? How can this regenerative power be used to repair muscle tissue that’s wasted by neuromuscular diseases?

Of course, a human or animal can grow from a single fertilized egg, which comes from the fusion of only two cells. Somehow, the programming for every tissue, organ and system is contained in that microscopic structure, the embryo.

Embryos give rise to all kinds of cells, so they’re an obvious source of stem cells for tissue regeneration, but there are problems. For one thing, it’s their very flexibility that makes it possible for cells to appear in the wrong place at the wrong time — say, teeth growing in a muscle. Worse yet, their unimpeded growth potential can lead to tumors.

And, harvesting cells from embryos that have the potential to become human raises philosophical and moral questions for some.

Fortunately, embryos are far from the only source of cells that can generate a variety of tissues throughout an organism’s life.

Bone marrow contains cells long known to replenish blood. And more recently, progenitor cells that can mature and adopt specialized roles — “differentiate” — have been found in the umbilical cords of newborn babies, as well as in less expected places, such as adult brains. Cells that can become muscle have been found in muscle tissue itself, as well as in the bone marrow and along blood vessel walls.

In 1961, the electron microscope began revealing structures previously unknown to biologists. In New York, at the Rockefeller Institute, Alexander Mauro was taking a closer look at skeletal muscle fibers (cells). Dotting the surface of the long, striplike fibers that make up voluntary muscles, he saw, were small, rounded cells, lying apparently dormant most of the time but occasionally proliferating.

Because of their location around the periphery of the fibers, Mauro called these satellite cells and suspected they might be myoblasts (from Greek roots meaning muscle and bud).

Later work would show that these satellite cells could differentiate and become more like muscle, and that they moved in to perform needed repairs on damaged fibers (see illustration below). Their numbers didn’t seem to diminish much over time, leading scientists to suspect that they were a type of stem cell — self-renewing in their flexible, undifferentiated state, but also capable of differentiating when necessary.

The advances in molecular biology of the 1980s brought unprecedented understanding of the genetic muscle disease Duchenne muscular dystrophy. By 1987, MDA-backed researchers had identified the lack of the muscle protein known as dystrophin as the source of the problem in DMD, and they knew that dystrophin was normally located just inside the fiber-surrounding membrane. There, it helps provide stability to the cell.

Then, in 1989, two research teams showed that, when normal myoblasts were injected into dystrophin-deficient mice, their muscles were rescued from a Duchenne-like dystrophy. The prospect of transferring satellite cells, with functional dystrophin genes, from healthy donors into boys with DMD, began to be taken seriously.

In the early 1990s, the Association funded five research teams to conduct small clinical trials of a procedure that came to be known as myoblast transfer.

The myoblast transfer trials differed with respect to the number and timing of the cell injections (ranging from one set of injections to injections every month for six months); the sites of injection (leg versus biceps muscles); and the immunosuppressant medications given (none, cyclosporine or cyclophosphamide).

But the results were the same: The procedure was safe, with no ill effects sustained by any of the participants. But one to six months after the injections, very little donor-derived dystrophin was seen, and no one got stronger.

What went wrong with myoblast transfer? Why did a strategy that looked so promising in dystrophin-deficient mice not yield the same results in humans?

“The tissue and the disease may be very different,” says Emanuela Gussoni of mouse and human DMD. Gussoni, an investigator on the San Francisco myoblast transfer trial, says the tissue matching to prevent immunologic rejection of the donated cells was far easier to control in the mice than it is in people.

MDA grantee Michael Rudnicki says the problem may have been the cells themselves. The lab-grown myoblasts, while they may have originally been satellite cells, were too far along in their development to merge with existing fibers in the patients, Rudnicki says.

Still, a few of the transplanted cells survived beyond the first two days after injection, even in the early 1990s trials. The question is, Which ones?

The goal is to find “cells that are at the right stage and have the right capabilities,” says Sharon Hesterlee, MDA’s director of research development. “It doesn’t matter where we find them.”

Then there’s the environment the new cells enter. A muscle that’s full of scar tissue or one that’s completely intact probably isn’t receptive to new cells. The ideal environment for fiber repair may be cells that have begun to break down, because it’s thought that these “distress signals” orchestrate the repair process.

The impressive regenerative process seen among salamanders may have much to tell us about repair and regeneration, but the messages aren't yet decoded. 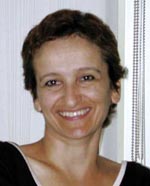 Molecular biologist Catherine Tsilfidis has MDA support at the Ottawa Health Research Institute to study the newt, a type of salamander that can regenerate entire limbs. Tsilfidis hopes to isolate compounds from the cells of this amphibian that might be helpful in improving the regenerative capacity of human muscle tissue.

What it is that allows newts and similar amphibians to perform these feats of regeneration is “the million-dollar question,” Tsilfidis says. She thinks cellular “dedifferentiation” — returning to a more primitive state — is the key. However, humans and many other species don’t normally dedifferentiate their cells once they’re fully differentiated.

“There are suggestions that the immune system may play a role,” she says, “and that the more developed it is, the less regenerative ability there is.” It could be that a rapidly dividing, primitive type of cell looks a lot like a cancer cell and gets cleared away by the immune system.

Nevertheless, Tsilfidis says, “the newt extract studies show that we do have the ability to dedifferentiate if given the appropriate triggers.” 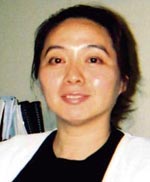 Biologist Kimi Kong at Harvard University has MDA funding to study whether cells isolated from the blood of umbilical cords can repair muscle tissue. Umbilical cord blood contains many cells that are similar to embryonic cells, but far easier to collect and free of ethical controversy.

They’ve already been successfully used to treat patients with leukemia and genetic forms of anemia, and there are commercial firms that can collect and bank these cells for a fee. Umbilical cells can be stored in expectation of their possible use in the newborn later in life or in a genetic relative.

Barbara Bierer, a hematologist-oncologist in Boston, is an adviser to Viacord, a Cambridge, Mass., company that extracts umbilical cord blood cells and ships them for $1,800, and then charges an annual storage fee of $125.

As a medical adviser, she can’t say there’s a basis for recommending that families with genetic neuromuscular disorders bank such cells. However, she notes, the procedure is virtually risk-free, and the only real downside is the financial one. The initial fee may be similar in cost to a family air trip across the country.