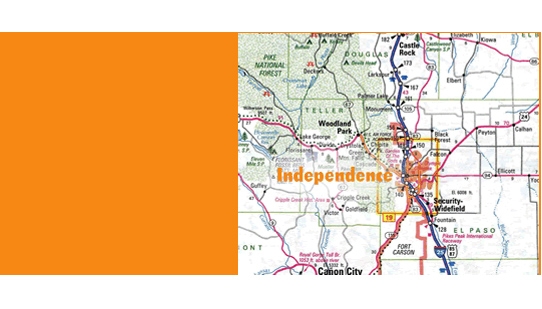 College senior Roy Avery defines the difference between a parent and a caregiver this way:

“A caregiver is someone who’s there to help you meet your needs.

”A parent has a vested interest in your well-being and future. They love you.”

Avery, 23, has Duchenne muscular dystrophy (DMD) and can’t lift or position his arms and legs. He relies on a power wheelchair and noninvasive ventilation to help him maintain a B+ average in computer science at Central Washington University in Ellensburg.

Avery also depends on the full-time assistance of his parent-caregiver Ann, who lives with him in on-campus housing.

There’s another crucial difference between parents and caregivers, Avery says:

“Caregivers can quit their jobs for any reason. A parent cannot quit being a parent. It’s their built-in instinct.”

This article is for all parents who are also caregivers to children with serious disabilities. When these children become adults — as more and more are doing — they quite naturally want independence from their parents.

This transition to independence is tricky for all parents, but especially so for parents of children with neuromuscular diseases. As experienced parent-caregiver Patti Hackett asks: “Can you treat someone as independent when they need you for everything?”

Hackett supplies her own answer. “You can.”

’Everybody has a life’

The transition from dependent child to independent adult normally begins somewhere in the teens and ends somewhere in the mid-to-late 20s. Traditional definitions of adulthood include completing school, landing a job, marrying, having children, and establishing emotional and economic independence from parents.

When a child has a disability, the transition to adulthood is less clear-cut. Parental support may always be part of the picture. How then to define independence?

“There are degrees of independence,” explains John Reiss, associate professor of pediatrics at the Institute for Child Health Policy at the University of Florida in Gainesville.

When children have disabilities, instead there may be a move to interdependence, he says. Interdependence may include ongoing physical and financial support, but with boundaries, responsibilities and, Reiss emphasizes, “no victims, no martyrs, everybody has a life.”

In a world of sharply rationed attendant care, parents become more, not less, crucial as children with neuromuscular diseases get older. The free daily care provided by public school ends at high school graduation. Medicaid-funded assistance with daily living tasks varies widely from state to state. Even if funding is available, it’s hard to find qualified people to fill the hours.

Parent-caregivers can get stuck in a kind of limbo, seeing themselves as forever in charge of their children’s lives, even as they give up their own lives in service to them.

Marty Stevenson of Frederic, Mich., can relate. Stevenson quit her job to care for her son Tom, 20, who has DMD, when he graduated from high school. Now she works 24 hours a day.

“I hate saying it, but I’m kind of tired of it,” she says. In addition to providing personal care, Marty drives Tom to classes at a local community college and hangs around campus with a walkie-talkie, waiting for him to finish.

At night she arises several times to reposition him in bed. She and Tom frequently bicker, especially about how she’s doing things for him, like putting on his shoes.

Notes Roy Avery, “The hardest part about the transition to independence is the parent having to give up their instinct to tell you what to do.”

His mom, Ann, agrees. “You cannot transition away from being a parent.” But she also realizes that emotionally and mentally Roy is becoming an adult, despite his physical dependence on her.

“So I act like a mother but also consciously work toward my role of being a caregiver to a very separate person. It’s a balancing act that could either smother my son or leave me without time to myself and my needs.”

In order to successfully balance between these extremes, parents need to encourage their children to become as independent as possible. Two key elements help make this happen: starting early and envisioning a future for both your child and yourself.

“Society has the expectation that children will grow up and move out,” Reiss says. “When a child has a chronic condition or limited capacity, parents may not have that expectation, or encourage their children that their goals should be the same.”

Notes Patti Hackett of Rockville, Md., “It’s important for everybody to grow up and have a life.”

For 30 years, Hackett was parent-caregiver to her son Glen Gallivan, who had spinal muscular atrophy (SMA). Gallivan died in September 2003. At the time of his death he used a ventilator, could move only his left index finger and required round-the-clock care. He also worked a steady job out of his bedroom as a horserace handicapper, which brought him an income, great pleasure, national recognition and many online friendships.

Hackett, a single mom, provided all of Gallivan’s care and at the same time telecommuted to her job as director of Healthy and Ready to Work National Center, a federally funded transition program for children with special health care needs (www.hrtw.org).

From an early age, Gallivan was coached to be as independent as possible. At age 4, he was presenting his health insurance card at doctor appointments. At 9, he began signing informed “assent” forms for medical procedures.

At 10, he called in his own prescriptions, and thought up five questions to ask at every doctor appointment. He learned to keep track of his baseline health statistics, like respiratory and heart rates, and urine output/color, so he could report changes when he felt ill. By the time he was an adult, he ordered all his ventilator supplies himself and directed the use of a signature stamp to sign forms.

Naturally, these early lessons encouraged Gallivan to act more independently. This wasn’t always easy for Hackett. When the two disagreed on his pain medication when he was 14, she reluctantly yielded to his wishes.

“It was his life. His body. You need to ask, what can this person decide for themselves?”

Parents must realize, she emphasizes, that “we may speak on behalf of our kids, but we’re just their representatives.”

Knowing how to ask for help from strangers also is a skill, says Ann Avery.

“I put Roy out the door in the morning knowing if his hand slips off the wheelchair control he will have to ask someone for help. Yet, this is a way of becoming independent.”

Gibson says, “Parents need to move from ‘I’m doing it for you’ to ‘I’m here coaching you how to direct others,’ to ‘I’m here as the person you need to direct.’”