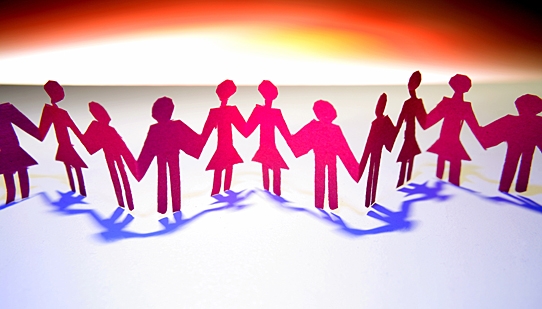 Ron Hayes didn't get a diagnosis of type 1 myotonic dystrophy (MMD1 or DM1) until he was 54, long after he had enjoyed academic and athletic success in high school and college, had earned a master's degree in public health, had married and had children, and had established himself in a career.

Getting an MMD1 diagnosis had some implications for Ron's life, particularly as it illuminated the cause of his hand weakness and prompted an important consultation with a cardiologist.

But the story for his son, Doug, has been very different.

Doug Hayes received a diagnosis of juvenile-onset MMD at the age of 22, after a long history of difficulties that started in his preschool years and didn't seem to have much to do with muscle disease. Juvenile-onset MMD begins during childhood, but well after birth.

Before the MMD1 diagnosis, his condition had been called Asperger syndrome, a disorder characterized by significant difficulties in social interaction and restricted, repetitive patterns of interests and behavior.

At 32, Doug lives at home with his parents and doesn't have a job. "He’s had a series of minimum wage jobs," Ron says, "but he loses them because he can’t get there on time and has poor communication skills and slurred speech. He can't live on his own. He's been in college since he was 18, but he has no degrees."

Cognitive and behavioral difficulties can occur in adult-onset MMD1 and in congenital-onset MMD1, but in juvenile-onset MMD1, they can be the most prominent aspect of the disease. In fact, muscle symptoms may go unnoticed for a long time in young people with juvenile-onset MMD1, while parents and teachers focus exclusively on school problems.

Suzette Ison's 17-year-old son, BillyDean, began showing some worrisome signs when he was 5, but didn't receive a diagnosis of juvenile-onset MMD1 until he was 10.

Suzette, a nurse who works for an insurance company in Indianapolis, began noticing that her son's social development in his early school years wasn’t the same as that of her daughters.

"I had one doctor tell me that boys mature later," she recalls. "I had heard that, too, so I kept going with that. But then we got to 9, 10 years old, and things just seemed to get worse."

Suzette, 45, switched from a hospital-based job to a more flexible one to be more available to her son. 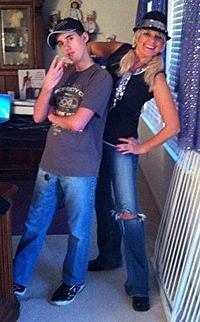 Originally, Suzette thought her long-term goal was "getting him to be able to advocate for himself," she says. "I thought that was going to be possible. I thought I could educate BillyDean to be able to take care of himself, but I didn’t understand at that time the real challenges of MMD."

Until recently, she had hoped BillyDean would be interested in attending modified college classes, but she has accepted that his interests lie elsewhere.

"My girls were both interested in college and all that, and I'm seeing now the difference," she says. She's planning to buy some land out in the country and build a home with an attached living area for BillyDean, so that he can live "independently, in his own area, but staying by me, so we can still work together."

Suzette wants to be sure that BillyDean gets to his medical appointments and into programs that he needs. But if she can buy land out in the country, she says, he can help take care of the land and work with animals.

"There’s an animal shelter not too far from there. He has a service dog, and he loves animals. He could get a job at the animal shelter, maybe part-time because of his fatigue. He would be good at that, because he's interested in that. I don't know how much he would make, but that would be something he could do."

Planning and processing difficulties most common problems in MMD1

"When you talk about myotonic dystrophy type 1, the most common cognitive deficits are problems with visual-spatial processing, the ability to look at puzzles or move things around in space," says Nicholas Johnson, a neuromuscular medicine fellow at the University of Rochester who is conducting research related to quality of life in MMD1 and MMD2, and to brain chemistry in MMD1.

The other common problem area is executive functioning, or the ability to plan ahead, he says.

"In mildly affected individuals, they might not have any cognitive problems, or they may just have limited problems with visual-spatial processing or executive function.

"But when individuals are more severely affected, that's where you can see some changes in their overall cognition, a kind of global cognitive impairment where they may have had difficulty in school or may have needed some special education."

Muscle weakness doesn't always correspond to cognitive impairment. Emma Ciafaloni, an associate professor of neurology and pediatrics and co-director of the MDA Clinic at the University of Rochester in New York, remembers a patient with MMD who was an excellent pianist but for whom playing became more and more difficult.

"It wasn't for motor reasons," Ciafaloni says. "His hands were perfectly strong. I think it was more the cognitive processing."

An 'avoidant' personality noted in some with MMD1

Johnson says there are also certain personality characteristics that are associated with MMD1.

"Neuropsychologists would put that under the rubric of avoidant personality disorder," he says, referring to a disorder characterized by pervasive social inhibition and avoidance of social interaction.

On the milder end of the scale, the "MMD1 personality" may merely describe someone who doesn't like crowds and doesn't interact as well with other people as most people do.

However, Ciafaloni cautions that what may appear to outsiders to be apathy may sometimes more accurately reflect difficulty making decisions.

"They may look like they don't care, but they may be having a hard time organizing and processing and deciding what to do next," she notes. 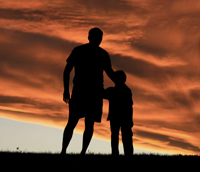 People with MMD who have family members who are involved in their care are "better off in terms of functioning in the community," Ciafaloni says. "If they’re loners, then it becomes more of a problem."

A neuropsychologist can be helpful in identifying the areas where an individual has deficits and then setting up some compensatory tools, she notes.

But, says Johnson, "One of the problems with this particular issue is that it's relatively imperceptible to the patients themselves. Sometimes people will say they feel a little foggy or they don't feel like they can quite process things as fast as other people — but in general, it's really not something that they particularly struggle with."

Family members, such as spouses and parents, may be the ones who notice this more.

As with most aspects of MMD, cognitive and personality characteristics associated with type 1 occur in type 2, but not as often and not as profoundly. "Maybe it's too simplistic," says Ciafaloni, "but it seems like MMD2, for the vast majority, is a milder version of MMD1."