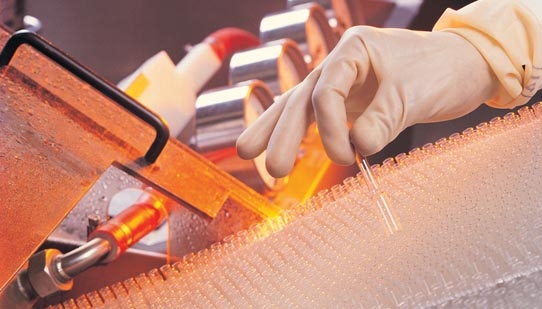 Overall, idebenone has been shown to be safe and well-tolerated in a number of phase 1, 2 and 3 human clinical trials dating back to 1999. The most common side effects are mild to moderate gastrointestinal issues such as diarrhea, nausea and indigestion. Early trials at low doses first demonstrated the potential for idebenone to reduce FA-associated cardiomyopathy (heart muscle abnormality).

Over the past decade, the drug has consistently demonstrated in a number of trials its ability to improve heart structure by reducing FA-related abnormal thickening (cardiac hypertrophy) of tissues in particular areas of the heart. Specific measurements used to determine such improvement include interventricular septal wall thickness (SWT), left ventricular posterior wall thickness (PWT) and left ventricular mass index (LVMI).

In addition, results from some trials have suggested a reduction in cardiac strain, as indicated by a measurement called shortening fraction, which measures performance of the heart by assessing the change in diameter of the left ventricle between the contracted and relaxed states. The decrease in cardiac strain was associated with improved heart function.

A number of studies found that cardiac benefits varied significantly among individuals. Most indications in earlier trials of idebenone’s potential to improve or stabilize neurological dysfunction found no benefit. More recent trials, however, particularly those in which higher doses of the drug have been tested, have demonstrated improved neurological function.

Trial: Combined Therapy with Idebenone and Deferiprone in Patients with Friedreich’s Ataxia

Objective and Description: Aims of this study included evaluation of the effects of combined idebenone-deferiprone therapy on neurological signs and heart function.

Objective and Description: This study was designed to evaluate the safety and efficacy of three different doses of Catena/Sovrima versus that of placebo.

Trial: Intermediate-Dose Idebenone and Quality of Life in Friedreich’s Ataxia

Seven patients with FA, ages 13 years to 18 years (four male and three female) were administered treatment for a period of one year.

Objective and Description: This phase 3 study compared the safety, tolerability and efficacy, of two different doses of Catena versus placebo. The low dose was 450 or 900 mg/day, depending on body weight. The high dose was 1,350/2,250 mg/day.

Seventy individuals with FA, ages 8 years through 18 years, who still were ambulatory, were assigned to one of three treatment groups: low-dose idebenone, high-dose idebenone or placebo. Doses were administered daily over a period of six months.

(It should be noted that the IONIA study was designed using parameters from the prior U.S. phase 2 NICOSIA study. Compared to the placebo group, improvement in both IONIA groups taking Catena measured only about half as much as had those in the prior U.S. Phase 2 NICOSIA study. It was observed that those in the IONIA placebo group did not deteriorate to the extent expected from the NICOSIA study or as described in literature, possibly skewing the results.)

Trial: Low-Dose Idebenone Treatment in Friedreich’s Ataxia with and without Cardiac Hypertrophy

Objective and Description: This study was a retrospective analysis of 35 individuals with FA (20 with cardiac hypertrophy, 15 without), who were treated with idebenone 5 mg/kg/day for up to 60 months.

Objective and Description: This phase 2 study aimed to establish safety data and effect on neurological symptoms of high-dose idebenone in young individuals with FA.

The trial enrolled 48 people with FA, with 12 in each of three dose groups, and 12 in a placebo group.

Objective and Description: The aim of this study was to assess the effectiveness of long-term treatment with idebenone in people with FA.

Ten children with FA (ages 8 years to 18 years) and 14 adults (ages 18 years to 46 years) with genetic diagnosis of FA were treated with idebenone (5-20 mg/kg/day) for a period of three years to five years.

Objective and Description: This trial enrolled 48 people with FA between the ages of 9 years and 17 years.

Each was randomly placed into a placebo or one of three idebenone treatment groups. Those in the treatment groups received fixed daily doses of idebenone, (180/360 mg/day, 450/900 mg/day or 1,350/2,250 mg/day, depending on body weight) over a period of six months.

No trial participants were receiving antioxidant therapy prior to the beginning of the study. Eighty-eight were treated with idebenone at 5 mg/kg per day; 16 declined the treatment.

Trial: Expanding View of Phenotype and Oxidative Stress in Friedreich’s Ataxia Patients with and without Idebenone

Objective and Description: The goal of this study was to examine neurological effects of idebenone. Investigators also looked at the drug’s effect on blood levels of malondiadehyde (MDA), an organic compound known to indicate oxidative stress.

Twenty adults with FA were treated with 5 mg/kg/day to 10 mg/kg/day idebenone over periods varying from several months up to three and a half years.

Objective and Description: Researchers studied eight people with FA, between the ages of 9 years and 27 years, with cardiomyopathy.

All trial participants received 5 mg/kg/day in three doses (maximum 300 mg/day) for one year.

Objective and Description: The goal of this trial was to determine cardiac and neurological effects of idebenone in people with FA.

Twenty-nine study participants with FA, ages 21 years to 32 years, were placed into idebenone and placebo groups (14 and 15, respectively. Each received either idebenone (5 mg/kg/day) or placebo three times daily.

Objective and Description: The aim of this trial was to assess the efficiency of idebenone on cardiac hypertrophy in FA.

Objective and Description: The aim of this study was to assess the effects of idebenone treatment in cardiac health and neurological function in people with FA.

Nine trial participants with FA, ages 11 years to 19 years, were treated with idebenone (5 mg/kg/day) for one year.

Objective and Description: In this study, researchers examined effects of idebenone on cardiac function.

Nine FA patients, ages 9 years to 54 years, received either 360 mg/kg/day of idebenone or placebo for a period of one and a half months.

Objective and Description: The aim of this study was to determine the effects of idebenone on a particular biochemical indicator “biomarker” for oxidative stress.

Eight people with FA were treated with idebenone (5 mg/kg/day) for a period of two months.

Trial: Effect of Idebenone on Cardiomyopathy in Friedreich’s Ataxia: A Preliminary Study

Objective and Description: Three individuals, ages 11 years, 19 years and 21 years, received 5 mg/kg/day of idebenone for a period of four to nine months.