Excessive Daytime Sleepiness Can Be 'Debilitating' in MMD1 and MMD2 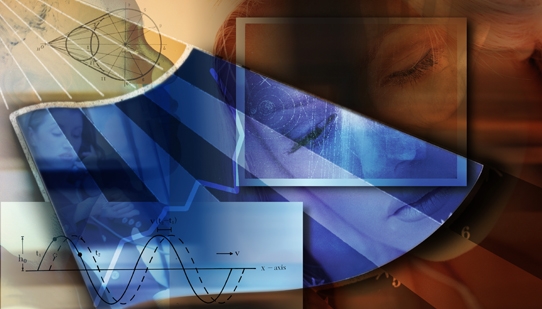 Thirty-two-year-old Doug Hayes has struggled with some of the cognitive and social features of type 1 myotonic dystrophy (MMD1 or DM1) most of his life. But there’s something else that’s contributed to his difficulties with jobs and schooling: daytime sleepiness. Doug recently had a job scanning documents, his father says, but his daytime sleepiness interfered.

One doctor prescribed Adderall [an amphetamine-based stimulant], to help Doug stay awake, but he had to stop taking it when his liver started showing signs of damage. Now, Provigil (modafinil, a wakefulness-promoting medication), while not quite as effective, is helping him to some extent. “He pays more attention,” his father says.

For Jenefer Hopson, also 32, MMD1 symptoms began during adolescence. Hopson lives in Rochester, N.Y., and she has been able to work, marry and have a child. However, sleepiness has been a problem, especially in her adult life.

“If I worked early in the morning and got out at noon or 1 o’clock, then it was OK,” she says. “But if I worked past 1 o’clock, I could run into issues. I would fall asleep at work.”

She’s now home with her baby and still has trouble staying awake. “It depends what I do during the day,” Hopson says. “If I just sit around and don’t do anything, I can stay up a little bit longer. But if I’m out running around doing errands, I’ll come home three hours later and be ready for a nap.”

Not taking that daytime nap — by taking stimulant medications — would cause her to fall into such a deep sleep at night that she feared she wouldn't hear the baby if he needed her.

BillyDean Ison, age 17, began showing signs of excessive daytime sleepiness in his early school years. “He was falling asleep continually,” his mother says, “including when he had had plenty of sleep.

In BillyDean’s case, the sleepiness may be at least in part due to another MMD1-associated problem — respiratory muscle weakness.

“He retains carbon dioxide,” his mother says. “We’ve worked with BiPAP [bilevel positive airway pressure] at night for a long time, but he hasn’t been able to tolerate it."

People with MMD2 can experience daytime sleepiness as well. “I could fall asleep at my desk at work with no problem at all,” says Krista Schulz, a 47-year-old Web designer at the University of Connecticut, whose MMD2 was diagnosed when she was in her early 40s. 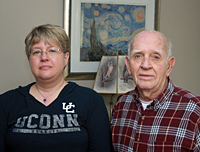 “Even when I’m driving, I get so tired,” Schulz says. “I’ve had to pull over sometimes on the way home from work because I was so tired. I’ve tried lots of coffee. I’ve even tried NoDoz [caffeine pills].”

Schulz sleeps well at night, and so far she has not experienced any breathing or heart problems. But the fatigue and sleepiness persist.

Karen Raymond of Frederick, Md., knows what that’s like as well. Now a 50-year-old facilities security officer, she started having symptoms in her early 40s that eventually led to a diagnosis of MMD2. Fatigue and sleepiness play a big role in her life.

“I don’t know if people can really understand how difficult it is,” she says. Starting in her 40s, she says, “I was feeling so overwhelmingly tired that it was difficult to get through the day. It’s very hard to explain to somebody just what I mean by that. I could be speaking to somebody and about fall asleep. I would be at my desk at work and sitting at my computer doing something one minute and nodding off the next.

"For a while, my husband and I were carpooling, which was good, because he drove, and I would sleep. Then he retired, which left me driving, so I couldn’t sleep in the car on the way home anymore, and that became a problem. I had never been one to feel sleepy while driving, and all of a sudden it was to the point where I was sleepy, and I didn’t have that far to drive.

"It was just awful. I would come home from work and say, 'Sorry, I have to lie down and take a nap.' Every day." These days, she’s become "quite adept at power napping," although she believes she sleeps well at night.

“Now I just do it all the time,” she says of her power naps, which generally last 20 minutes to an hour and a half. “I think, ‘Oh, I’d better go and take my nap now, because if I don’t, I’m going to be in trouble.’ I can just sit down and close my eyes, and I’ll be sound asleep. It doesn’t matter what I’m doing.”

Provigil seemed to help for a time, but it may have exacerbated her migraine headaches. Now, Raymond says, with her migraines under better control, she’s going to give Provigil another try.

People with mild muscle weakness can have debilitating sleepiness 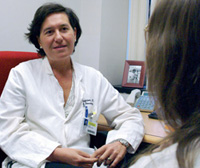 The excessive daytime sleepiness seen in MMD1 and to a somewhat lesser extent in MMD2 has been a long-standing interest of neurologist Emma Ciafaloni, co-director of the MDA Clinic at the University of Rochester Medical Center in New York.

"I think the problem of hypersomnolence in myotonic dystrophy is extremely intriguing and also unique for any of the neuromuscular disorders," Ciafaloni says. "I think that what triggered my interest was the fact that, sometimes, patients who have a very mild form of myotonic dystrophy in terms of the muscle involvement, can be extremely debilitated functionally by the sleep disorder."