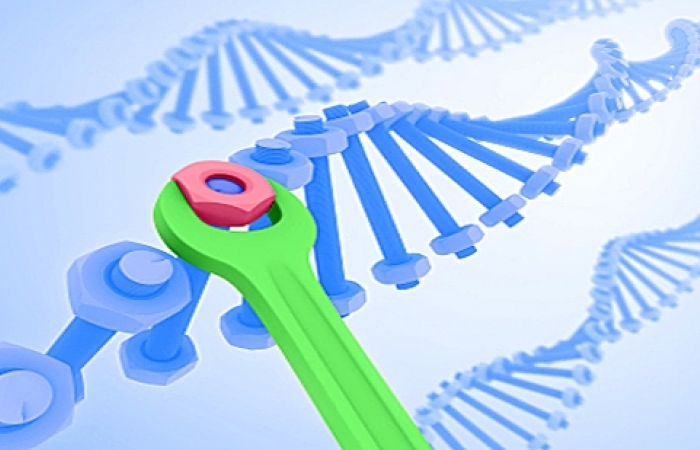 Researchers report making a 10-fold improvement in a technology that permanently repairs flawed dystrophin genes, giving a real boost to this therapeutic strategy

Although Bertoni’s team and others have been developing gene repair technology for several years, the process showed limited success until development of the PNA-ssODN molecules, which yielded a 10-fold increase in gene repair efficiency.

The researchers found that the new PNA-ssODN molecules, which are structurally similar to DNA, were more effective at targeting the region of the dystrophin gene containing the genetic defect than previous targeting molecules.

In experiments on cultured cells and in mice with a flawed dystrophin gene, PNA-ssODNs stimulated DNA repair levels more than 10 times greater than those achieved by the previous class of targeting molecules. The muscle cells containing rejuvenated dystrophin genes successfully produced normal dystrophin protein at levels consistently higher than muscle cells treated with the older-generation molecules.

"MDA has had, and continues to have, a pivotal role in the development of this technology for the treatment of DMD," Bertoni said, noting that MDA support was instrumental during the early stages of the research conducted by herself and Thomas Rando at Stanford University in Palo Alto, Calif.

This approach is particularly attractive because it avoids technological challenges inherent in gene replacement and other strategies. 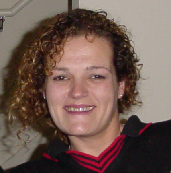 For now, gene repair is limited to correcting single-letter errors (point mutations) in a gene, which account for approximately 20 percent of cases of DMD. In these cases, DNA correction would result in restoration of full-length (normal) dystrophin protein production.

Gene repair has the potential to treat deletions or other large-scale gene mutations in a way that’s similar to another very promising strategy under development for DMD, exon skipping. In exon skipping, regions of genetic code (called exons) are "skipped over" by the cell's protein-building machinery, resulting in production of a shorter but still functional dystrophin protein.

One significant difference between DNA repair and exon skipping, Bertoni noted, is that gene repair restores normal (full-length) dystrophin, while exon skipping strategies result in a shorter dystrophin protein. The main advantage of using ssODNs is that correction at the DNA level is permanent – "in other words, no need to continuously deliver the ssODNs."

Bertoni said gene repair offers the possibility of "nipping DMD in the bud" by directly reversing the genetic mutation leading to the disease.

Meaning for people with DMD and other genetic diseases

"Although the results we have obtained are very encouraging," Bertoni said, "the frequencies of gene repair are still in the 1 percent to 5 percent range – too low to be considered therapeutically relevant."

Work must be done before this technique can progress to human clinical trials, including refinement of the targeting molecules, studies to determine the most effective delivery methods, and testing in different animal models. However, these new results demonstrate "proof of concept" of this approach, and represent a dramatic increase in efficiency.

Potentially, the gene repair strategy could be applied to essentially any genetic disease caused by an identified point mutation, which includes many of the more than 40 neuromuscular diseases covered by MDA.