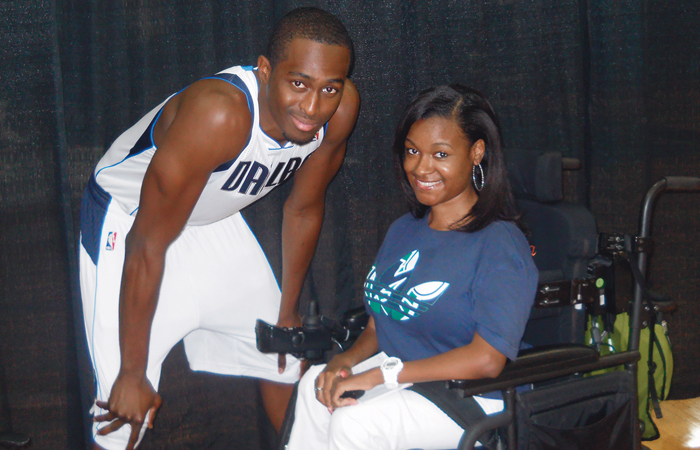 Jermia White brings her passion for sports to work every day

Sports have always been a big part of Jermia White’s life. White, a 23-year-old sports statistician from Dallas who has spinal muscular atrophy (SMA), remembers watching her father coach basketball when she was 9 years old, and she went on to be a cheerleader, a manager for her high school basketball team and sports editor for her school’s newspaper. Before she went off to college, she knew she wanted to be involved with sports, but it wasn’t until she got to Dallas Baptist University that she figured out the right fit.

“Initially I wanted to be a sports journalist,” White says. “But at [my college] they had sports broadcasting, and it turned out I like broadcasting more than writing about sports.” 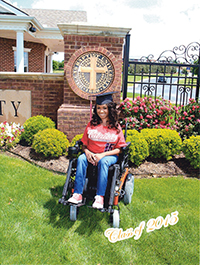 Soon she was not only studying broadcasting, but also helping produce the broadcasts of her school’s basketball games, producing and directing an awards dinner, volunteering around campus, participating in honors societies and even interning for the NBC affiliate in Dallas.

“I like the technical side of things,” she says. “Everyone wanted me to be the in-front-of-the-camera person, but for me, personally, I’m not that outgoing,” she says. “I like to be behind the scenes, making sure everything is going the way it should.”

While White’s current job with the NBA Development League’s Texas Legends and the WNBA’s Dallas Wings involves tracking and recording stats, she believes producing is still in her future.

“I’m working part-time on the stats crew, but should I get a full-time producing job, which I plan to, I still want to be involved with the Dallas Wings and the Texas Legends,” she says. “Next year, I’m hoping to work my way up to working with the Dallas Mavericks.”