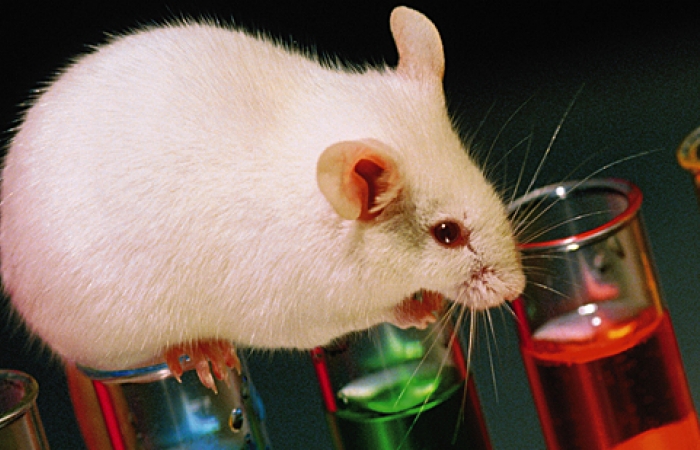 Scientists have found that mice with a disease resembling a mild form of spinal muscular atrophy (SMA) known as SMA type 3 showed more production of a needed protein in their spinal cords and more normal-looking ears and tails after treatment with a gene-modifying molecule that researchers hope could become a treatment for human SMA. 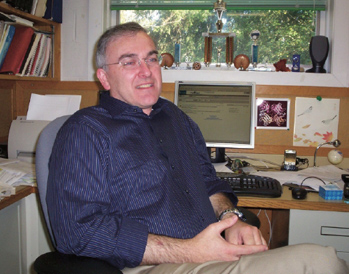 They treated the SMA type 3 mice with a molecule called anantisense oligonucleotide, one of a class of experimental therapeutic molecules designed to target genetic instructions at the RNA stage. The RNA stage is an intermediate step between DNA (the original genetic instructions) and protein synthesis inside cells.

At the RNA stage, genetic instructions are "spliced," meaning some sections are left in and some are removed, prior to the creation of the final protein "recipe." Changing RNA splicing with antisense — and therefore the final protein recipe — is a promising experimental technique to treat genetic diseases.

In SMA, very little full-length SMN protein is made. Instead, most of the SMN is in the form of a short, unstable protein. Full-length SMN is needed by muscle-controlling nerve cells in the spinal cord known as motor neurons. Without it, loss of motor neurons from the spinal cord occurs, with resulting weakness and atrophy of the voluntary muscles; and, in the severest forms of the disease, premature death from respiratory muscle failure.

Adult mice missing functional genes for the full-length form of SMN but carrying four human genes for the short form of SMN showed a "robust and long-lasting increase" in full-length SMN protein in their spinal cords and in the motor neurons themselves after the experimental antisense treatment, the investigators say. (These mice don't show weakness, so it wasn't possible to assess any functional improvements.)

When a single injection of the antisense molecule was given into the brains of newborn or embryonic mice, their ears and tails looked much more normal than those of such mice that didn't receive the treatment. Loss of tissue in the ears and tail is believed to be a blood-flow problem, perhaps related to the motor neuron loss or other nervous-system defects. The investigators consider the normalizing of these tissues in the mice as a sign that the antisense was beneficial when delivered directly to the nervous system.

There are many strategies in development for SMA. Some of these involve direct injection of genes for full-length SMN, while others involve changing the splicing of the short SMN genes so that long SMN can be made from them. Still others involve stabilizing the short SMN protein molecules.

This antisense molecule appears particularly beneficial, allowing mice without functional genes for full-length SMN to make much more of this protein than they would otherwise and improving the outward signs of SMA that these mice display.

The molecule, like all other experimental therapies, will need to undergo extensive laboratory testing before it can be tested in humans.