Aging (Sort of) Gracefully with SMA 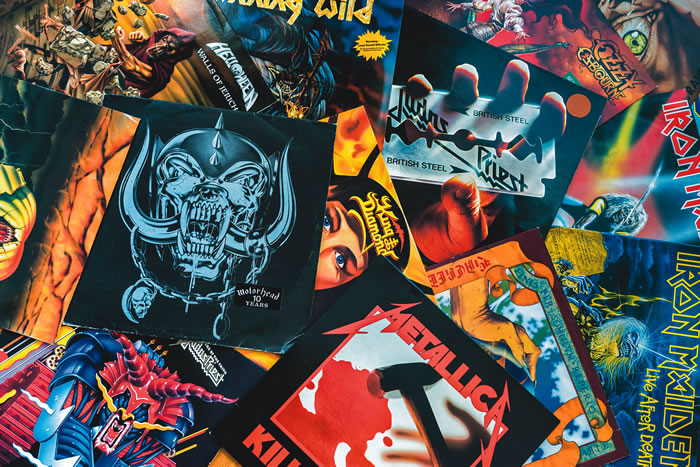 A writer reflects on the lessons and challenges of middle age

Recently, when a new homecare nurse arrived for training, Dad looked out the window and said, “She’s a young one.”

“Well, Dad,” I replied, “We’re at the point where everybody’s young.” Despite my sarcasm, there was more than a little truth in this statement.

Once I turned 45, evening nurses started putting me to bed at 11 p.m., after I had spent decades writing until the wee hours of the morning with the lights turned down and music blasting in my headphones, and then reading a few chapters of a book before turning in. I rebelled at the curfew, and I managed to sneak in the occasional all-nighter, but the next day I’d be running on fumes. This was my first indication that I’m not a young man anymore.

I’m 51 now, which is barely considered middle-aged nowadays. To a ventilator-dependent quadriplegic with type 2 spinal muscular atrophy (SMA), type 1 diabetes and one functioning lung, however, that’s quite an accomplishment.

First and foremost, I attribute my longevity to the love and dedication of my dear parents, who’ve sacrificed pretty much everything to keep me healthy and happy, and who continue to care for me as much as possible even though they’re not getting any younger either. Next come improvements in ventilator technology to keep my weak lung pumping.

Despite these advantages, I can’t deny that my body no longer performs as well as it used to. Gone are the days when I could be in my wheelchair for 10 hours at a stretch without batting an eye, as was common during family vacations “up North” (you have to be from Wisconsin to understand) or when I attended science-fiction conventions. Ah, those were the days!

Now, after only four or five hours of being strapped into one position, my back, shoulders and neck beg me to stop the torture and I’m forced to stretch out in bed, where I feel drained to quarter- strength for the rest of the day. It’s taken me years to accept the fact that there’s only one way to deal with these limitations: Surrender to them. 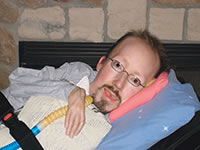 I’m Irish, so “surrender” isn’t in my DNA, but when one’s adversary is an aging body further weakened by a relentless neuromuscular disease, the only way to keep the machine running smoothly is to know when to throttle back and allow the engine to cool. I’ve tried repositioning every half-hour, but movement only causes my pain levels to spike. I had a chest X-ray recently, and I felt as if I’d been hit by a truck after just a few minutes of lying on top of the film plate. SMA will not be tested.

Age certainly hasn’t granted me any great wisdom; I’m still the happy hedonist that I’ve always been. But I’m more comfortable with these new limitations because technology affords me pleasant — or at least acceptable — alternatives to many of the things I enjoyed in my younger days.

Can’t fall asleep at bedtime? I’ll settle in and listen to an audio book.

Can’t attend that science-fiction convention? I’ll join in the discussion with fellow fans on social media.

Can’t make it to the theater to see that new superhero movie? I’ll stream it in a few months. That’s cheaper and easier, anyway.

This last fact is rather disturbing to me: I find myself enjoying television, which I’ve always considered the last resort of the bored and unimaginative. When not writing, reading will always be my favorite pastime, but I must admit that it’s also relaxing to kick back in bed and watch a movie or binge watch a TV series. With streaming devices, it’s now possible to watch whatever you want whenever you want and not be at the mercy of what the networks decide to show at any particular time.

Simple steps like these allow me to function at near-peak performance most of the time. I also take pride in being mature enough to adapt to my limitations and not do anything that will set me back for days.

Let me be clear: I am not, by any stretch of the imagination, ready to join the Hallmark Channel and Geritol club just yet. I’m still a night owl whenever possible, I still read and collect comic books (“Batman,” “The Punisher” and “Hellboy” are among my favorites) and I still listen to old-school punk and speed metal (the Sex Pistols, the Clash and Motörhead are on heavy rotation). Because kids today seem to listen only to rap (yeesh!) and corporate-engineered pop divas and boy bands (blech!), my musical tastes make me an old man, a label I wear like a badge of honor.

My hair is pretty much a memory now, my beard seems to turn grayer by the day and my voice — when it even works — is reduced to little more than a raspy whisper. Considering the fact that I’ve spent my life hounded by a neuromuscular disease that’s determined to kill me, though, these are small prices to pay. Like my Nana always said, “It’s hell getting old, but it beats the alternative.”

Michael P. Murphy is a writer with several self-published, electronic works of science fiction, horror, thriller, action/adventure and poetry to his credit. He lives with his parents in Wisconsin.

Read stories from around the MDA community — from personal perspectives to research news — on MDA’s Strongly blog, at strongly.mda.org. If you’re interested in sharing your story, contact us at strongly@mdausa.org.