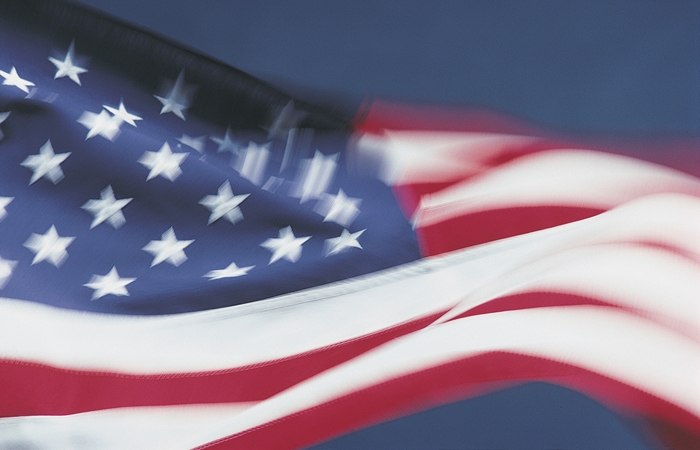 The quest for equal access continues for people with disabilities

On July 26, 1990, President George H.W. Bush signed into law landmark civil rights legislation called the Americans with Disabilities Act (ADA), which is intended to eliminate barriers for people with disabilities. The law mandates that individuals with disabilities have equal access to public accommodations, employment, transportation, state and local government services, and telecommunications. 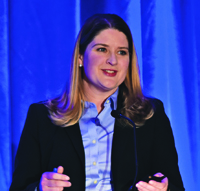 To be protected by the ADA, one must have a disability, which is defined by the ADA as a physical or mental impairment that substantially limits one or more major life activities, a person who has a history or record of such impairment, or a person who is perceived by others as having such impairment. The ADA does not specifically name all of the impairments that are covered.

Here, we chat with MDA Vice President of Policy and Advocacy Kristin Stephenson to learn more about the ADA's 25th anniversary, what it means to the MDA community and why the ADA still has room for improvement in helping people with disabilities, including neuromuscular disease, gain equal access.

Q: Why is the ADA important to people in the MDA community?

It is worth noting that the ADA is not, however, the first federal law to extend protections to the disability community. The Fair Housing Act of 1968 (amended in 1988 to include people with disabilities), the Rehabilitation Act of 1973 and the Education of All Handicapped Children Act of 1974 all predated the ADA, but none of these laws extended the scope of protections that the ADA offers.

Q: Why should people with disabilities, including the MDA community, care about the ADA? How does it affect their daily lives?

A: This law impacts us in many ways as we go about our daily lives, with ADA protections that apply to employment, public accommodations, public services, transportation and communications. These are broad categories that include, for example, schools, lodging (such as hotels and motels), retail shopping, state and local governments, public transportation, museums, libraries, parks, doctors’ offices and commercial buildings.

The ADA literally breaks down barriers to access for existing and new structures. For existing structures, physical barriers that would hinder access must be removed under the ADA when such modifications are considered “readily achievable.” To meet the “readily achievable” standard, the changes must be accomplishable and carried out without significant expense or difficulty. So, for example, placing a ramp at the front entrance of a building with steps, altering a restroom to accommodate a wheelchair or installing an elevator could be examples of modifications required under the law. Whether a modification is “readily achievable” is determined on a case-by-case basis, but, importantly, the burden is on the party who is responsible for the structure to demonstrate that the modification is not “readily achievable.” For new construction, the ADA provides even greater protection as it requires public accommodations to be accessible, with very few exceptions (such as limiting the requirement of elevators in certain buildings fewer than 3,000 square feet per floor).

Q: How does the law apply to employment?

A: Under the ADA, state and local governments as well as private employers (with more than 15 employees), are prohibited from discriminating against an individual with a “qualified disability” in all employment practices, including hiring, firing, compensation, benefits and all other activities related to employment.

Further, an employer is required under the law to make “reasonable accommodation” so an individual with a disability will be able to perform the functions of the job. A “reasonable accommodation” is simply a modification. An example might be to alter a work schedule or acquire a piece of equipment for the employee. Whether an accommodation is reasonable is determined based on the individual situation. So long as the individual’s disability fits the definition in the law, and the employer knows of the disability, the accommodation must be made unless the modification would cause “undue hardship” to the employer’s business. For a modification to be considered an “undue hardship,” it would need to be “an action requiring significant difficulty or expense” when weighing multiple factors such as size, nature and structure of the employer’s business. In other words, the employer would have to demonstrate that the modification would be so onerous that putting it in place would be unreasonable.

Q: After 25 years, has the ADA been an effective law? Is there still more work to be done?

A: The ADA has had a very positive impact, and there is no question that the enactment of the law has improved access to important services and accommodations for people with disabilities.

Having said that, there is still more work to be done. While we regularly see examples of improvements in accessibility in our communities—from schools to sports stadiums to public libraries, there are still many businesses, public entities and accommodations that are not in compliance with the ADA’s requirements. For example, as recently as June 9, 2015, the U.S. Department of Justice issued a report finding Amtrak in violation of the ADA.

Q: In summary, what would you say about the ADA in terms of where it has been and where it can take us as a community?

A: The ADA marked an important change in the way individuals with disabilities are perceived in our country. The law elevated the importance of equal access to those with disabilities, and in doing so, engaged the country in a conversation about the inherent rights of each of us, regardless of whether we have a disability.  As the ADA turns 25, it is important that we, as a community, celebrate the many accomplishments of the Americans with Disabilities Act while maintaining focus on our continued, collective efforts that are required to ensure that both the spirit and the letter of the law are being carried out.

Kristin Stephenson is MDA’s vice president of policy and advocacy based in Washington, D.C. Be sure to visit MDA’s website to learn about how you can get involved in MDA's advocacy initiatives and sign up to be an MDA advocate.