A Visit with Stephen Hawking 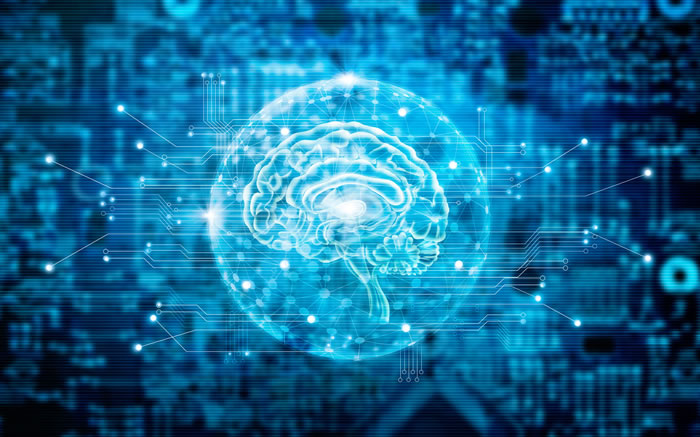 An MDA colleague recently emailed me an article about physics legend Stephen Hawking, who visited the labs of ALS researchers Robert Baloh and Clive Svendsen on April 9.

Stephen Hawking — certified genius, author of “A Brief History of Time” and holder of countless awards and honors — received an ALS diagnosis at age 21 while a student at Oxford University. This January, he turned 71. He has married twice and has three children.

On his birthday this year, computer-chip giant Intel announced it is working on improving his communication set up so he can speak faster by registering inputs not only from his cheek movements, but also from eyebrow and mouth movements.

As a physics-challenged individual (my clearest memory of high school physics is that one time we were interrupted by a tornado warning and class was cancelled), I confess that most of Dr. Hawking’s utterances — whether delivered fast or slow — are over my head. But two quotes attributed to him make perfect sense to me: “Intelligence is the ability to adapt to change,” he is quoted as saying, and also, “Life would be tragic if it weren’t funny.”

Because both Baloh and Svendsen have many connections to the MDA community, I wrote and asked about their visit with Dr. Hawking. Dr. Baloh graciously sent back the following answers.

Q: What is the ALS project that brought Dr. Hawking to your lab (at the Regenerative Medicine Institute at Cedars-Sinai Medical Center in Los Angeles)?

Dr. Baloh: Professor Hawking visited my lab and Clive Svendsen’s lab to learn about our work using stem cells to model and treat ALS.  Specifically we discussed the planned phase 1/2 trial of placing GDNF-secreting neural precursor cells (a form of stem cell that delivers GDNF, or “glial-derived neurotrophic factor”) into the spinal cords of ALS patients in an effort to protect motor neurons from degenerating.

We also discussed our ongoing projects making motor neurons derived from patients (again using stem cell technology) in a culture dish to understand why motor neurons die in the disease. Lastly, we coordinated his visit with the opening of our new Motor Neuron Disorders Research Center (MNDRC) here at Cedars-Sinai, where we are focusing on developing and testing cutting-edge therapies for ALS, including stem-cell- and gene-therapy-based approaches. 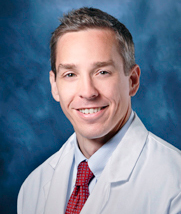 Q: What were your impressions of Dr. Hawking? Was it easy to communicate? Did he ask questions?

Dr. Baloh: We were honored to get the opportunity to talk about our projects with such a remarkable scientist. Despite the fact that he has difficulty communicating, he asked us several questions during the lab tour, which were very insightful.

He uses an augmentative communication device based on a laser sensing cheek movement, so it takes him several minutes to ask a question, but it was great because we knew that if he would go through the effort to ask questions, he was definitely interested in what we were doing.

Q: Over the years, I've heard occasional references to "Stephen Hawking's disease" as a counterpart to "Lou Gehrig's disease." The implication is that some people have a long-lived form of ALS, like Dr. Hawking. I realize this is pure speculation, but do you think he represents a particular form of ALS, and one day we will be able to make this kind of distinction, between fast- and slow-progressing forms?

Dr. Baloh: One of his questions specifically referenced how his ALS is different from other patients, so he is very aware of this and is curious about it himself. I am not his physician so can't comment beyond that, but we know that there are a range of different progression rates and disease variants within motor neuron disease.

I very much hope that we can understand the basis of these differences, because they might hold the key for understanding ways to slow down or stop the disease. 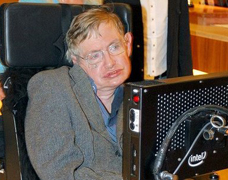 Q: Is there anything else you'd like to relate about his visit that you think readers with ALS would find interesting?

Dr. Baloh: Just that after the talk, several of our patients were able to meet him, and tell him what an inspiration he is. He finished his talk by saying “Be curious. And however difficult life may seem, there is always something you can do, and succeed at. It matters that you don't just give up.”

This resonated with all of us, patients and scientists alike, who are trying so hard to find a cure for this disease. Everyone in the MND Research Center and the whole medical center was energized by his talk.