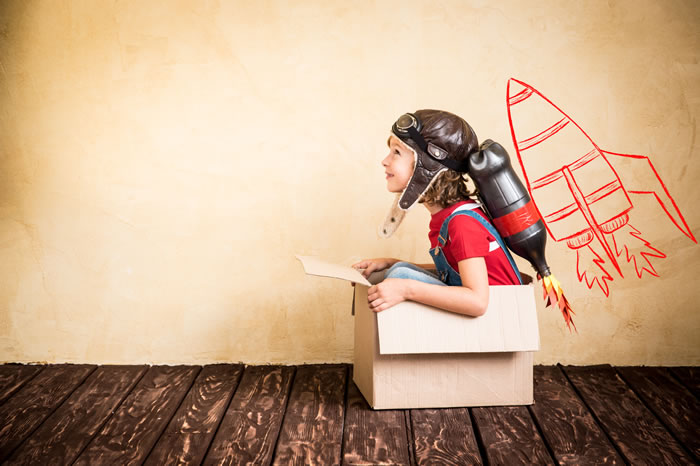 As the novel coronavirus pandemic forced people to stay home and brought job loss or economic instability to many, a snapshot of the neuromuscular disease community shows examples of creativity and adaptability in the face of unexpected challenges. In three stories, members of our community share how they handled the pandemic’s financial impact.

Simon Cantos, a senior inside sales engineer for Carrier Corporation, a heating, ventilation, and air conditioning (HVAC) company in Philadelphia, lives with collagen VI congenital muscular dystrophy, also known as Ullrich CMD. In late 2018, he realized the hand controls in his car were wearing out, and he started saving money for a new accessible vehicle.

When the pandemic arrived, Simon began working remotely, along with the rest of his co-workers. Around the same time, his vehicle’s hand controls stopped working.

Because of the pandemic, Carrier (along with other HVAC companies industrywide) furloughed staff, temporarily delayed pay raises, and reduced salaries.

“I was able to get by with my living expenses, as I was saving money on gas by not commuting,” Simon says. “Food expenses went up, as I was ordering food more often, and ordering groceries was difficult when services like Instacart were temporarily on strike. But I had a large inventory of essential supplies to hold me over until Instacart started shipping again.”

During this time, Simon also was having problems with his Medical Assistance for Workers with Disabilities (MAWD) insurance, which supplemented his employer-provided health insurance. He lost the MAWD because of clerical errors wrongly showing he had exceeded asset and income limits. In the spring of 2020, Simon attended a virtual court session, where he successfully showed that his MAWD should be restored.

Simon continued working at home until August, when he got his new accessible vehicle. After that, he began following a company policy allowing remote work except when certain tasks required being in the office or his supervisor requested it. Overall, he feels working remotely has gone well. “There was no drop in work productivity,” he says. “There was actually an increase, as I was able to work more efficiently and for longer hours.”

The days at home also gave Simon time to focus on his MAWD appeal. “I got it set up so that, hopefully, I will not be dropped again,” he says. He plans to establish an ABLE account, which is a tax-advantaged savings account that can be used to pay for disability expenses, so that future pay raises don’t jeopardize his MAWD insurance.

When COVID-19 shut down schools and businesses, Nikaela Losievski was thankful that her income stayed in place. But she expects to feel the financial impact from the pandemic when it’s time to pay off student loans.

“I am lucky that my graduate program still paid us during the lockdown, and I could stay in my apartment,” says Nikaela, who has spinal muscular atrophy (SMA). She is studying for a doctorate in neuroscience and doing SMA research at Ohio State University (OSU) in Columbus, Ohio.

“School and lab work were pretty chaotic in March,” she says. “We could not go into the lab anymore, which is the most important part of a PhD program. Classes resumed virtually.”

During the pandemic, Nikaela committed to building up her savings by putting aside 10% of her paycheck each month, and she saved money by not driving or going out for social activities. “I tried to limit spending as much as possible, but it’s hard with Amazon at your fingertips and with increased stress,” she says.

While at home, Nikaela focused on new hobbies, such as gardening, which helped her stay active and handle the stress.

She resumed her lab work in July, but the delay will have ramifications on her career. “It set back my projected time at OSU,” she says.

Her school loans are deferred while she attends graduate school, and her government-issued loans haven’t accumulated interest because of a national student loan-forgiveness program, but her privately issued loans are continuing to accumulate interest. She worries that being in school longer and delaying the start of her career will make it harder to pay them off.

“Unfortunately, there will be an increase in what I need to pay back monthly, when I am able to start paying them back,” she says. “Larger monthly installments might limit my accessibility to all that I require for my physical well-being.”

Betting on the farm

Michael Lo Sapio is a religion teacher and cross-country running coach at a Delaware high school. He also is a single parent to two sons with Duchenne muscular dystrophy (DMD), Mikey, 8, and Reid, 6. Before the pandemic, Michael had been saving for home modifications, such as adding a metal ramp outside to make his house wheelchair accessible. When schools closed, Michael had time to install the ramp himself, which helped him save on labor costs.

One of the biggest changes for Michael and his boys was remote learning. Michael purchased an iPad, iPad cases, and school supplies for Mikey and Reid to use in their remote classes. His school provided equipment for him to teach his classes from home.

“It was a big adjustment,” Michael says. “Trying to do Zoom school for my students, Mikey, and Reid was a struggle.” Fortunately, Michael’s mother lives with the family and was able to help oversee the boys while he was teaching.

Financially, Michael’s priorities shifted toward savings. “I was able to put aside more money because I wasn’t going anywhere,” he says. Normally, he commutes 45 minutes a day to his school. He estimates he saved $150 a month by not paying for gas, oil changes, and other wear and tear on his car.

One unexpected benefit of the pandemic was increased demand for goods from the family’s small farm, Maranatha Farm in Townsend, Del., which specializes in pastured poultry, eggs, and pasture-raised lamb.

“[Pandemic-related changes] afforded me time to stay home with the boys while selling produce, eggs, and meat,” Michael says. “With such a scare to leave the house, I offered farm pickup. I would leave the items near our barn, and people could do contactless pickup. The farm definitely helped us. I couldn’t keep produce and eggs stocked quickly enough.”

Cheryl Alkon is a freelance writer based in Massachusetts.