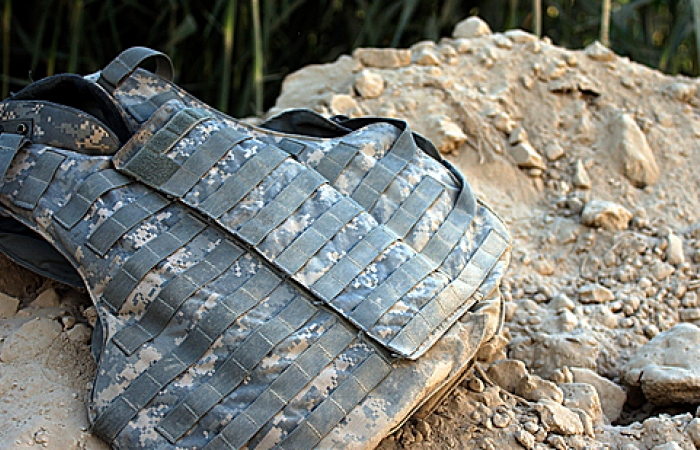 The study blames cyanobacteria, microorganisms that live in desert sands and which can be inhaled when they’re kicked up in dust, such as when a convoy of military vehicles rumbles by. Cyanobacteria are common throughout the world in salt water, fresh water and soil.

The new findings generally support the theory that ALS may be caused by a combination of genetic predisposition and environmental exposures.

ALS and the Gulf War

Among nearly 700,000 U.S. soldiers deployed in the Persian Gulf between Aug. 2, 1990, and July 31, 1991, 40 eventually developed ALS -- roughly twice the rate of ALS cases found in 1.8 million veterans who weren't deployed to that region during the same period.

Exposure to chemical weapons, pesticides, and other nervous-system toxins, as well as genetic factors, all have been proposed as explanations for the increased ALS rate in Gulf War vets.

The new findings add to, and don't necessarily contradict, these existing hypotheses about ALS and the Gulf War.

This isn't the first time that cyanobacteria have been suspected of causing ALS. In spring 2009, when media reports raised the question of a possible link between ALS and living near Lake Mascoma in Western New Hampshire, researchers also suggested cyanobacteria might be responsible, although they were far from certain.

The dry, crusty landscape of the Persian Gulf region is rich in cyanobacterial crusts and mats, which help bind the desert sands, say Paul Cox of the Institute for Ethnomedicine in Jackson, Wyo., and colleagues, whose study was published online Nov. 10, 2009, in the journal Amyotrophic Lateral Sclerosis.

When the sand is disturbed by vehicles or other military activities, it can produce significant dust, which contains the known neurotoxins BMAA and DAB.

"If dust containing cyanobacteria is inhaled," the investigators write, "significant exposure to BMAA and other cyanotoxins may occur. We suggest that inhalation of BMAA, DAB, and other aerosolized cyanotoxins may constitute a significant risk factor for the development of ALS and other neurodegenerative diseases."

The investigators also note that a major criticism of the initial reports of an increased incidence of ALS among Gulf War veterans was the lack of evidence for a "biologically plausible" environmental factor that could contribute to such an increase. The authors, who include former MDA research grantee Walter Bradley at the University of Miami, say cyanobacterial exposure is such a factor.

In a general way, the proposed link between cyanobacterial exposures and later development of ALS supports the idea that sporadic (noninherited) cases of ALS may result from a combination of genetic predisposition and environmental exposures.

This model is widely accepted by experts in the field. The vast majority of people exposed to various toxins, including in war zones, do not develop ALS, making a genetic susceptibility component a likely factor, the researchers say.

Unfortunately, cyanobacteria are common in salt water, fresh water and soil, and are therefore hard to avoid. As a conservative measure, people who have ALS-affected relatives might minimize their exposure to avoidable nervous-system toxins, such as pesticides.