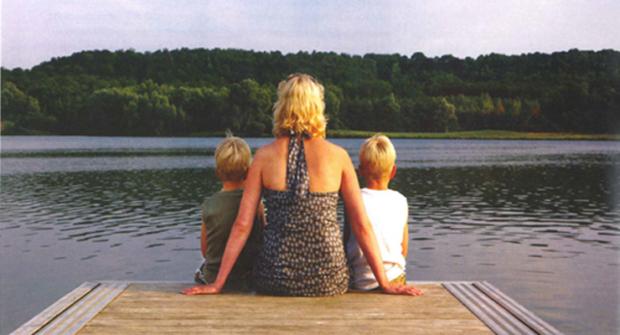 The Union Leader in New Hampshire and other news outlets indicated that the risk of developing ALS is “25 times” higher than average for people living around Lake Mascoma, located in Enfield and Lebanon, N.H. The source of this statistic was not explained.

Researchers at Dartmouth-Hitchcock Medical Center in Lebanon in fact are considering whether there is a true “cluster” of ALS cases in the lake area, and whether it is the result of exposure to cyanobacteria produced by blue-green algae in the water, combined with a genetic predisposition to develop ALS.

But scientists knowledgeable in this area say that, at present, there’s no clear evidence that the ALS “cluster” is more than coincidence, or that there’s a link between blue-green algae — pond scum — and developing ALS.

Elijah Stommel, a neurologist at Dartmouth-Hitchcock who’s involved with the study, said there is evidence of a link between living near Lake Mascoma and an increased risk of developing ALS, but this evidence is “circumstantial to some degree at this point.”

Stommel said results are preliminary, and his group is working on “better establishing the link.” A scientific publication is in preparation.

Tracie Caller, in her second year of postgraduate training in neurology and preventive medicine at Dartmouth-Hitchcock, also is involved in the study.

“The media attention caught us unprepared,” Caller said, noting that it occurred following a workshop at Lake Mascoma where she presented information on cyanobacteria, which have health implications in general. (Different cyanobacterial toxins can cause skin and eye irritation and damage to the liver or nervous system.)

In an e-mail message to MDA, she emphasized, “Our research is very preliminary, and we have not published any of our work in the scientific literature yet because of this. The publicity was not something we had anticipated.”

Caller explained that cyanobacteria, which can contaminate lakes, can produce a toxin called BMAA, which some evidence suggests may be linked to a higher-than-average incidence of ALS on the island of Guam in the Western Pacific Ocean. (See “Toxic bats.”)

“BMAA has been identified in other water bodies but not yet in New England,” Caller said. “The [cyanobacteria] species that we’re finding in our lakes are capable of making BMAA, but we don’t know if they are making the toxin. At this time there is no correlation between any cyanobacterial toxin in lake water and ALS.”

She said the investigation was prompted because cyanobacteria had been found in lakes near where preliminary data suggested a higher-than-average ALS rate.

She cautioned, however, that “there are a number of other environmental or other exposures these communities can share, and the fact that ALS takes many, many years to progress makes it even more difficult to prove a link.”

“There is one research team that strongly advocates the hypothesis that BMAA can cause ALS,” Nelson said, citing studies by ethnobiologist Paul Cox and colleagues. They propose that bats on Guam accumulate BMAA in their bodies and that people eating these bats develop ALS at a higher-than-average rate because of this practice.

“For the most part, research findings are inconsistent, and there is controversy surrounding this hypothesis, although this remains an active area of investigation,” Nelson said. “But we know so little about the environmental causes of ALS, and therefore, any biologically plausible hypothesis merits investigation.”

“We do see what appear to be clusters of ALS in New England around certain lakes,” Tracie Caller noted. “Our preliminary data suggest that these are statistically significant, but further analysis is certainly needed.

“The ‘25 times higher risk’ reported by the media was a crude estimate and may not accurately reflect the true risk. More sophisticated analysis will give us a better estimate. Proving the presence of a true cluster statistically is very challenging, and there are many, many limitations.”

Lorene Nelson also commented on whether or not a true concentration, or “cluster,” of ALS cases exists around Lake Mascoma or in other areas or groups.

She said news reports about Lake Mascoma lack details needed to judge the validity of the suspected ALS cluster.

“One important factor to consider is the expected number of ALS patients in the region, given the age distribution of the population,” she said. “For example, if it is a retirement community, it could have proportionally more elderly and therefore have a higher than expected number of persons with ALS.”

Notably, she said, Enfield has six elderly housing projects, while most other towns in New Hampshire have only one or two.

Nelson noted that many apparent clusters of ALS are reported each year, but many do not bear up under the scrutiny of further investigation.

A certain number are due to “chance alone,” she said. “For example, in the United States, there are 5,200 counties, and so on a probability basis, you would expect approximately 130 of these to have an apparent statistical excess of ALS cases.”

So far, she said, true ALS clusters have been found on Guam and among veterans of the first Gulf War. While BMAA has been implicated as a possible factor in the Guam cluster, chemical weapons toxic to the nervous system have been cited as a possible contributor to ALS in Gulf War veterans.

“It seems that Dr. Stommel and his colleagues have calculated ALS incidence rates in lake and non-lake regions,” Nelson said. “I look forward to reading their report. If a significant clustering of ALS cases is observed near bodies of fresh water, then it will be worthwhile to explore possible reasons for that excess, including cyanobacteria toxins.”

In 2002, researchers proposed that the unusually high incidence of ALS found on the island of Guam between 1940 and 1965 probably had to do with the islanders’ tradition of eating fruit bats. These bats eat cycad nuts that contain a known toxin, BMAA, and then concentrate the toxin in their tissues.

A subsequent investigation reported in 2005 that people with ALS were eight times more likely to have lived on Guam, even for a few months, than were those who didn’t have ALS. The study included 140 people with ALS and 140 without the disease.

Investigators on the 2005 study said their findings “could indicate that one of the key characteristics of the exposure occurring during the period of endemic ALS on Guam is the long delay in clinical expression [outward signs of disease].” They said their data “support the vision that exposure to slow-acting toxic agents is important in the pathogenesis of ALS, most likely in combination with a genetic predisposition.”

How to evaluate a cluster

Clusters in ALS, as well as other diseases, are often reported, and often attributed to an environmental exposure. Some questions worth asking when examining a purported disease cluster are:

Are the affected people related to each other?
Many diseases, including ALS, have a genetic component. People who live near each other are often genetically related, complicating the analysis of any proposed environmental exposure.

Is the proposed cause plausible?
Toxins produced by cyanobacteria are a biologically plausible cause of ALS, and there’s some evidence that at least one of them — BMAA — can contribute to the disease. However, while blue-green algae is a frequent sight on lakes in the summertime, ALS is a rare disease. It doesn’t seem plausible that cyanobacteria exposure alone could cause ALS, or we’d be seeing a lot more of it. It’s likely that, if cyanobacterial toxins are a contributor, they’re working together with genetic influences, as the researchers involved have suggested.