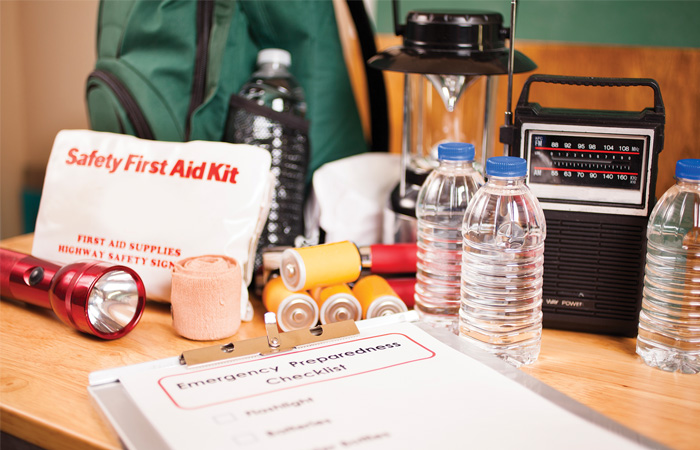 In Case of Emergency

Emergency situations present real challenges for individuals affected by neuromuscular diseases. For example, in February, when the Oroville Dam threatened to fail in California, downstream residents were given just one hour to leave their homes. Local news reported that a resident with a disability was left behind for hours due to lack of accessible transportation. 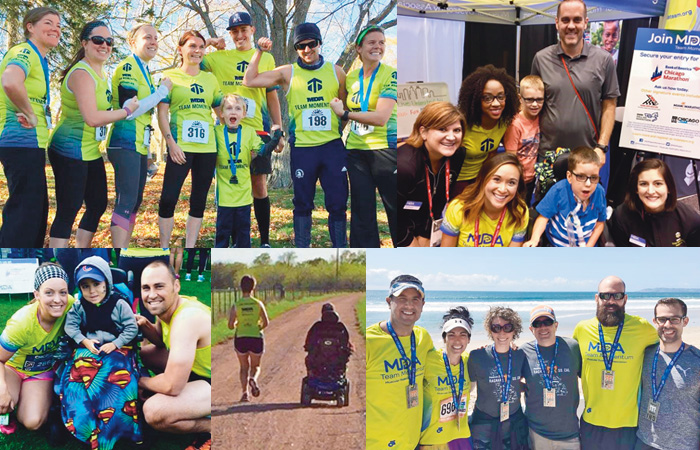 MDA Team Momentum participates in a dozen (and counting) marathon and half-marathon events every year. These events feature hundreds of runners and walkers who raise money for MDA, and they take place all across the United States, from San Diego to Chicago to Boston.Here are some of the groups of runners who have made an impact fundraising for and raising awareness of MDA.

At MDA, we believe our limits do not define us. Limits are meant to be overcome. Turning perceived limits into unlimited opportunities means different things to all of us. For some, living unlimited means taking on an extraordinary challenge, like summiting a mountain or skydiving. For others, it means making a new friend, going to college or pursuing a career goal. What these moments have in common is a sense of confidence and a willingness to live beyond what some may see as physical or societal limits created by living with a neuromuscular disease. 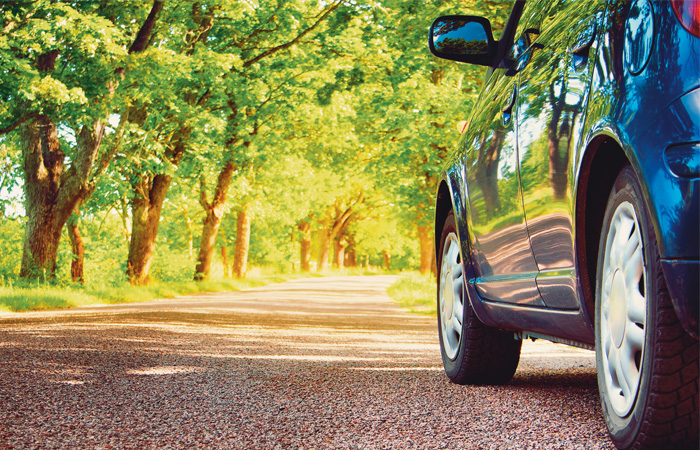 Mobility: In the Driver’s Seat

Like many teenagers, Casey Stark wanted to learn to drive when she turned 16. But living with spinal muscular atrophy (SMA) and using a power wheelchair meant that preparing for and completing a driving test required extra planning.Stark, who was a high-performing high school student, knew she could pass a written test, but she wondered how she was going to get behind the wheel. The cost of adapting a vehicle with hand controls and other driving aids was prohibitive, and she didn’t need to drive to manage her day-to-day student activities, so Stark put that dream on hold. 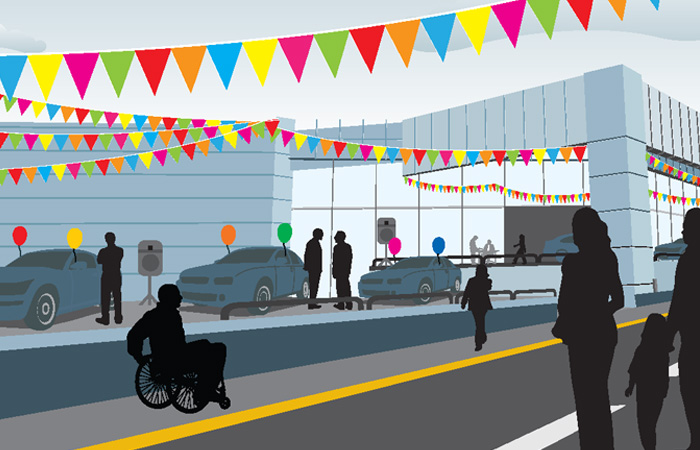 Purchasing a vehicle can be a daunting experience for many people. Choosing one that accommodates an individual who uses a wheelchair often presents an additional layer of decision-making. When you are ready to buy an accessible vehicle, be prepared to ask and answer a lot of questions. The process typically begins with an evaluation by a certified driver rehabilitation specialist (CDRS). A CDRS conducts an assessment of your abilities and limitations, provides driving instruction and can collaborate with a mobility dealer to determine which vehicle and equipment is the best fit. 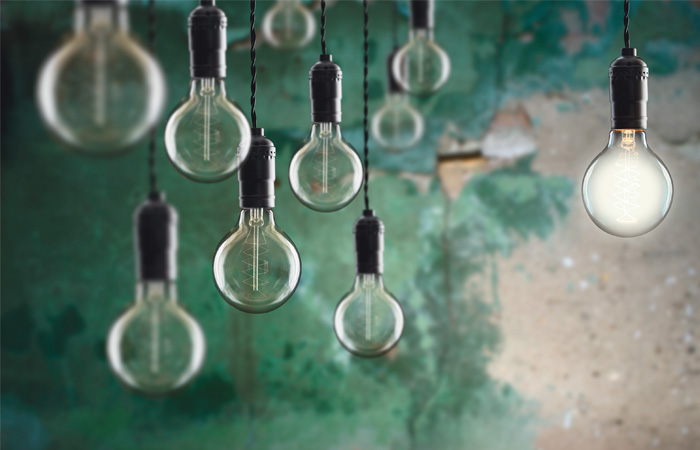 While it’s easy to understand how funding research and providing care for kids and adults from day one help individuals with neuromuscular diseases live longer and grow stronger, hosting conferences and facilitating dialogue also have tremendous benefits for saving and improving lives.MDA-supported conferences bring together the world’s best researchers, top clinicians, industry leaders, other stakeholders and families to share knowledge, ideas and best practices; to foster collaboration; to strategize around advocacy initiatives and to connect with like-minded individuals. These experts and influencers in the muscular dystrophy community come together with one goal in mind: to accelerate progress for our families. 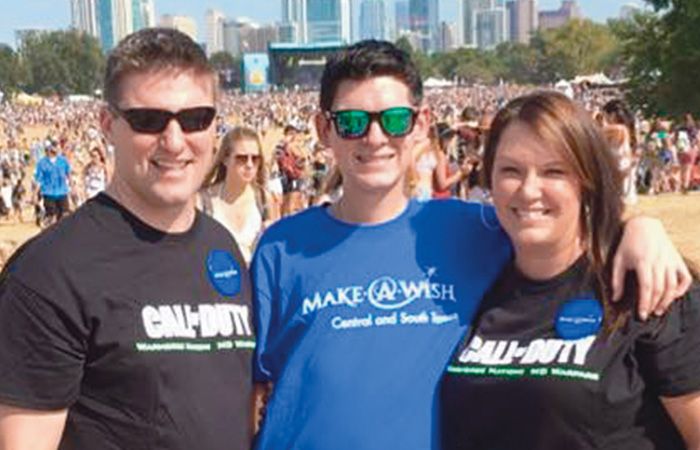 When Valerie Robinson came home from her first visit to her MDA Care Center in Texas after her son, Ryan, had been diagnosed with limb-girdle muscular dystrophy (LGMD) at age 14, the first thing she did was go to the MDA website and set up her MDA Muscle Walk team. “The clinic was an amazing experience, despite what we were there for,” she says. “At the end of the appointment, the MDA coordinator mentioned the upcoming Muscle Walk and asked if we would be interested in forming a team, and we just said, ‘Yes.’” 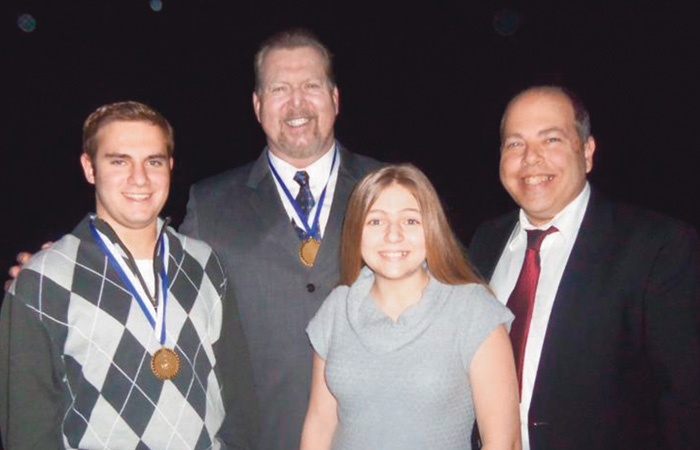 When he was younger, Andrew Baker, a 21-year-old junior at Brandeis University in Waltham, Mass., who has Charcot-Marie-Tooth disease (CMT), knew he wanted to compete. He tried baseball and soccer, but found that with his CMT he was unable to be a competitive player. Serendipitously, he was recommended swimming as a form of physical therapy, and with some encouragement from his younger sister who also has CMT, he decided to try swimming competitively. 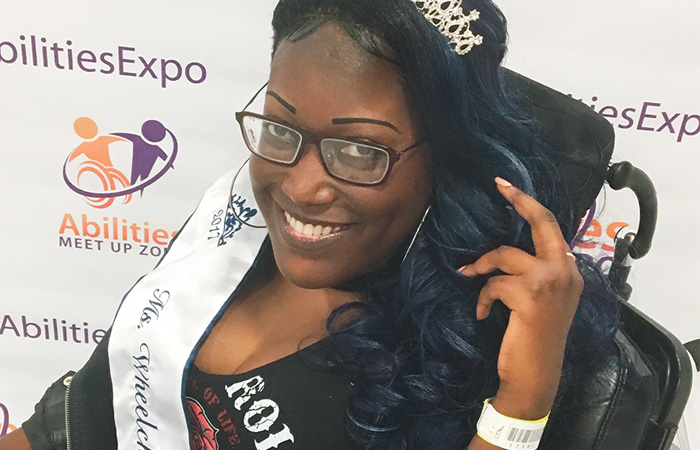 From Apples to Advocacy

For Dayniah Manderson, a teacher, writer and mother with spinal muscular atrophy (SMA) from New York City, being in a pageant at age 37 wasn’t really on her radar. But when she received a nomination for Ms. Wheelchair NY 2017, she was taken aback — at first.“Initially, I was disinterested because I didn’t know what the world of pageantry is about,” she says. “But after someone contacted me and explained it to me, it became more appealing. They had to do a little convincing, but ultimately I appreciate them pushing me to do it.” 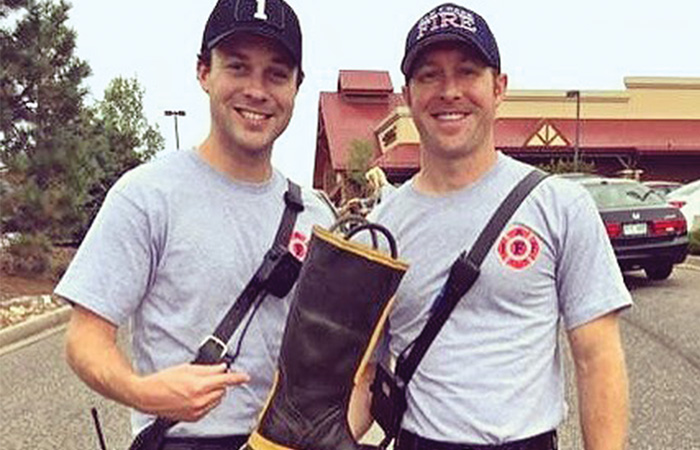 Like many kids, Vince Van Binsbergen, 26, wanted to be a fire fighter when he grew up. “I used to run around with a fake EMT bag,” says the California native, laughing.Van Binsbergen never outgrew that dream, and at age 15, he enrolled in a fire explorer program, where he learned what being a fire fighter is all about. After high school, he moved to Colorado and served as a volunteer fire fighter for the Elk Creek fire department while working as an EMT. After about three years, a paid position opened up, and he’s been working for the Elk Creek Fire Department Local 4710 ever since. 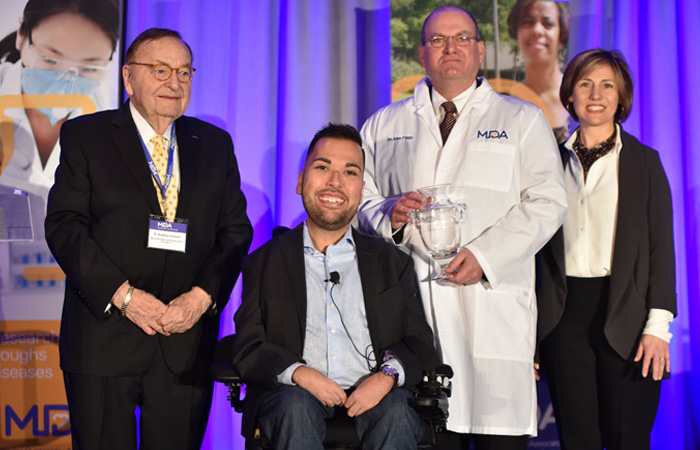 At the 2017 MDA Scientific Conference in Arlington, Va., on March 20, MDA presented CITGO Petroleum Corporation Assistant Vice President of Supply and Marketing Alan Flagg with a special research award to honor CITGO’s unprecedented contribution to MDA’s research program over the years. In the past 30 years, CITGO has donated more than $200 million to MDA to support the search for new treatments and cures for neuromuscular diseases.